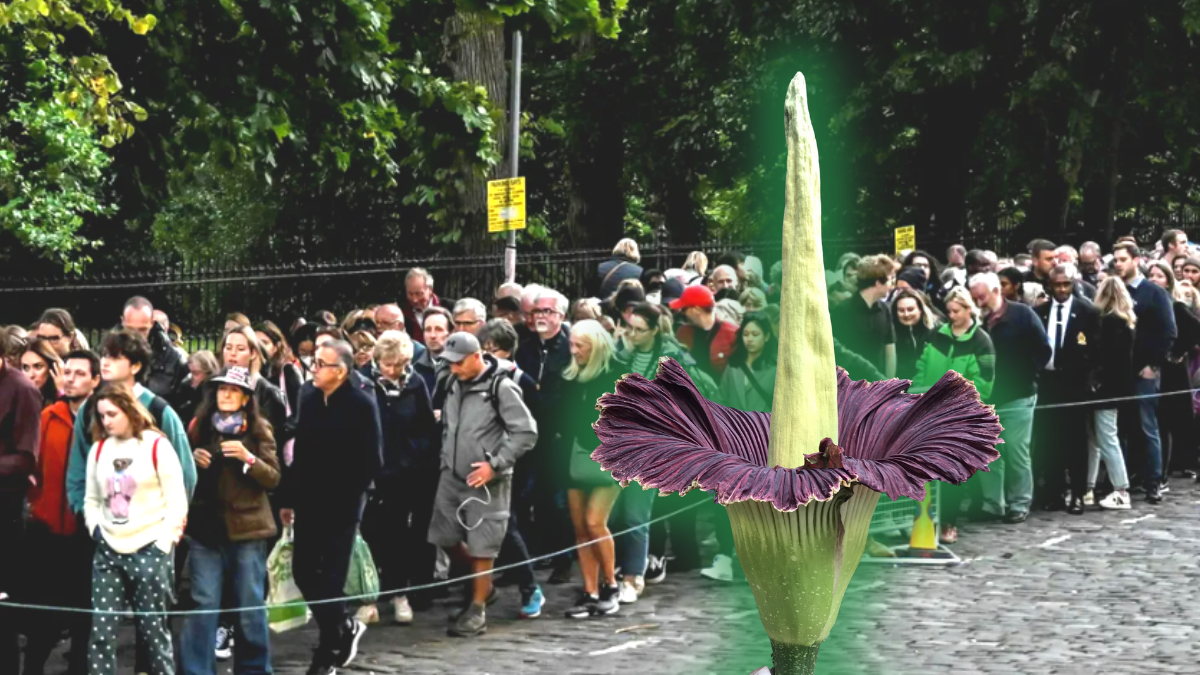 Sydney may have the Harbour, Melbourne may (wrongly) have the Formula One, and Perth may have whatever it is they got going on over there, but Adelaide is still proving it can hold its own when it comes to exciting and enticing events outside of March.

Over the past two days crowds have flocked to the Adelaide Botanic Gardens to catch a whiff of the stinky corpse flower, with some lining up for over two hours to witness the rare event, proving once and for all that there is always something great going on in our fine city.

We spoke to one man who had been in line for over 90 minutes, Beau Tanics who stated ‘I’m very excited. Apparently it smells like a rotting corpse mixed with dead rats, which will be a nice pleasant relief as I work near the Torrens, so anything to draw me away from that odour will be great’.

However, as we spoke to others in line, it appeared some believed they were queuing to see an underground metal band called Corpse Flower thanks to some crafty marketing from the Adelaide Corpseflower Development Corporation: