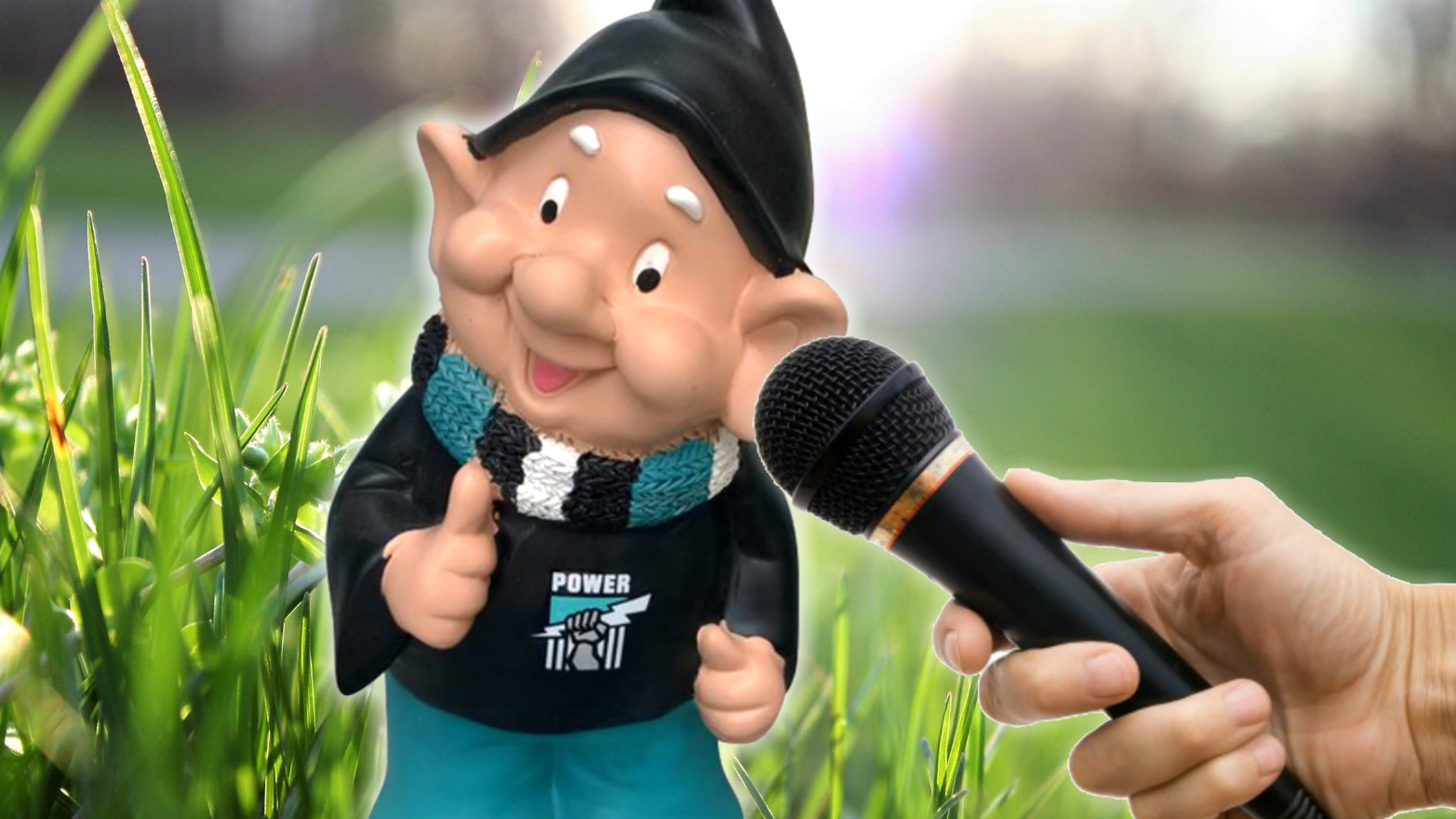 Somewhere in the backstreets of Glanville sits a cocky garden gnome claiming allegiance to the POWER.

Within a manicured low-maintenance garden wearing a POWER shirt and POWER scarf, this POWER “fan” is always giving a cocky thumbs up to passers by, implying his knowledge and a positive attitude about the club.

Deciding to test how much of a “fan” he really is, Adelaide Mail reporters decided to spring an interview on the garden gnome, to see how much he really knows about the club. Because, as we all know as South Australians, if someone doesn’t know everything (or at least as much as you) about the team, they clearly aren’t a real supporter.

We led the interview with some questions that can be difficult for Port Adelaide fans to answer. “Who are the oldest running football club in the State?” we asked first, to which he didn’t reply (and also, it’s not Port Adelaide, so get over it). Then we asked “What was the margin in the 2007 AFL Grand Final?’, again no answer.

“Tell us literally anything about the POWER!”

Clearly exposing this gnome for the nuffy they really are, we started asking them some basic questions that even the average thick-skulled POWER supporter could answer “Who is the Captain?”, “Sing the club song”, “What are the club colours?”, “What is the most common fruit for racist fans to throw?”. Nothing.

In the end, it is clear that we’ve exposed this fake fan. They knew nothing of the club, players or even the actual game. Still, they somehow displayed much more knowledge than the average Crows fan.