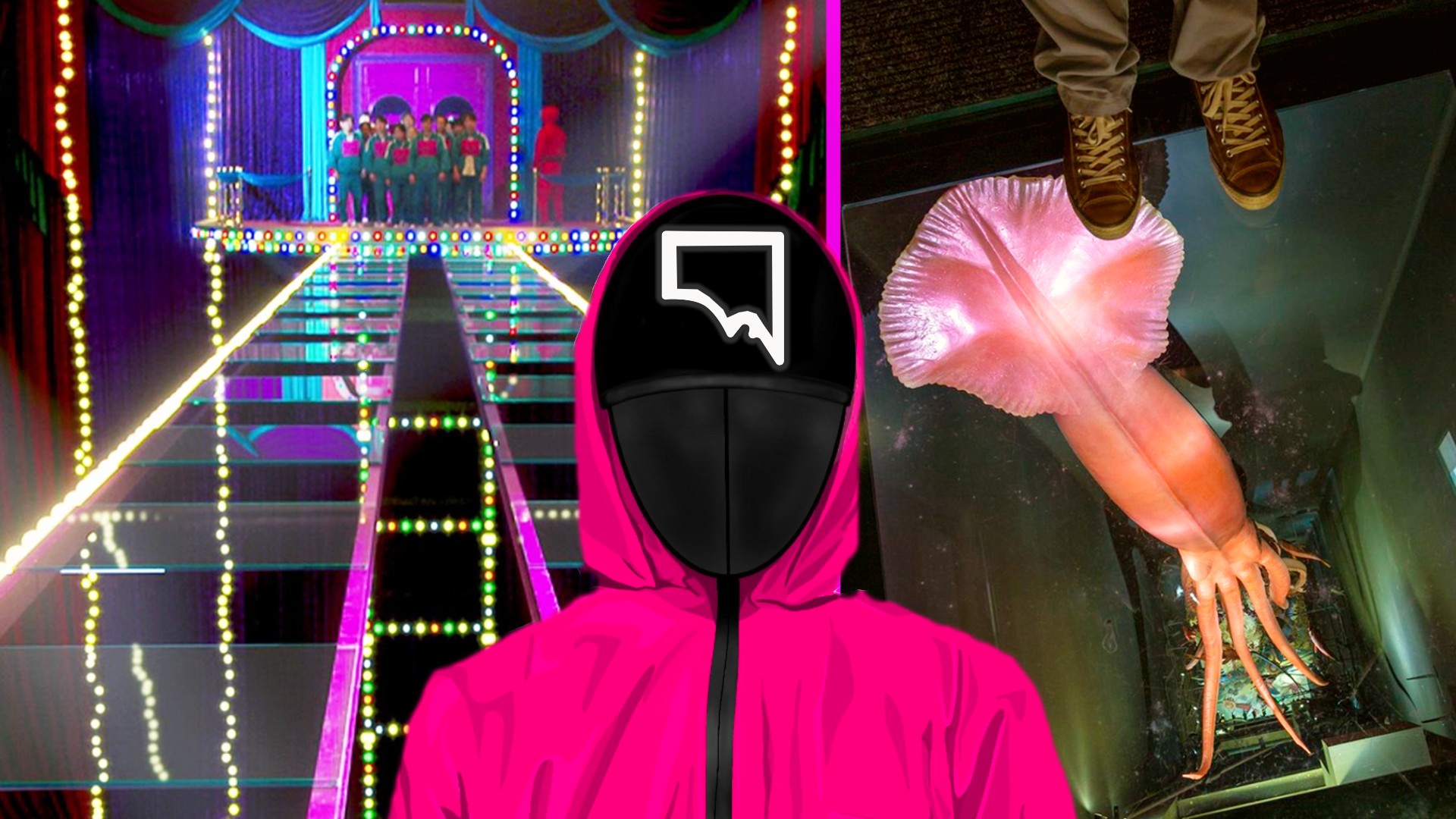 Desperate to keep up with the latest trends in a bid to attract more readers, Adelaide Mail are here to bring you a Squid Game piece only a few weeks too late.

Which to be fair, is actually pretty good for us. We only just got around to doing a bit on “Gangnam Style” with our “O-Bahn Style” parody a few weeks back.

Also, we couldn’t figure out how to turn on the English subtitles for Squid Game, we could get the Spanish ones just fine, but that didn’t really help, even when we tried to hook up our Google Home Mini to translate in real time. So we’ve only watched like half an episode of the series.

But what we did see of Squid Game seemed interesting, that’s for sure. It was the episode where the Spaniards were jumping over glass planes to escape the squid, we assume.

With that, we devised what we hoped would known as the Adelaide Mail Squid Game™, where we replace the tempered glass over the giant squid exhibit at the SA Museum with regular glass and basically just see what happens. Hadn’t given it heaps of thought to be honest, but in all fairness we didn’t have much to go on.

With the help of fantastic local glaziers (insert name and link of Adelaide glass company who wants to sponsor this article here), we were able to subtly replace the glass quickly soon after the Museum opened, all at a reasonable cost with outstanding customer service.

We didn’t have to wait long until the first primary school excursion came through and some kid who was running ahead of the group came up and LITERALLY JUMPED on the glass, sending his straight down! Holy shit, you should have seen it, both hilarious and scary at the same time.

And look, we actually hadn’t planned what to do next, so we just legged it. We’re typing this article from the free computers at the SA Library. We hope the kid is okay, and if anybody asks any questions, don’t snitch on us please. Remember what happened to the liars in Squid Game? Because we don’t, so if someone could fill us in that would be great.