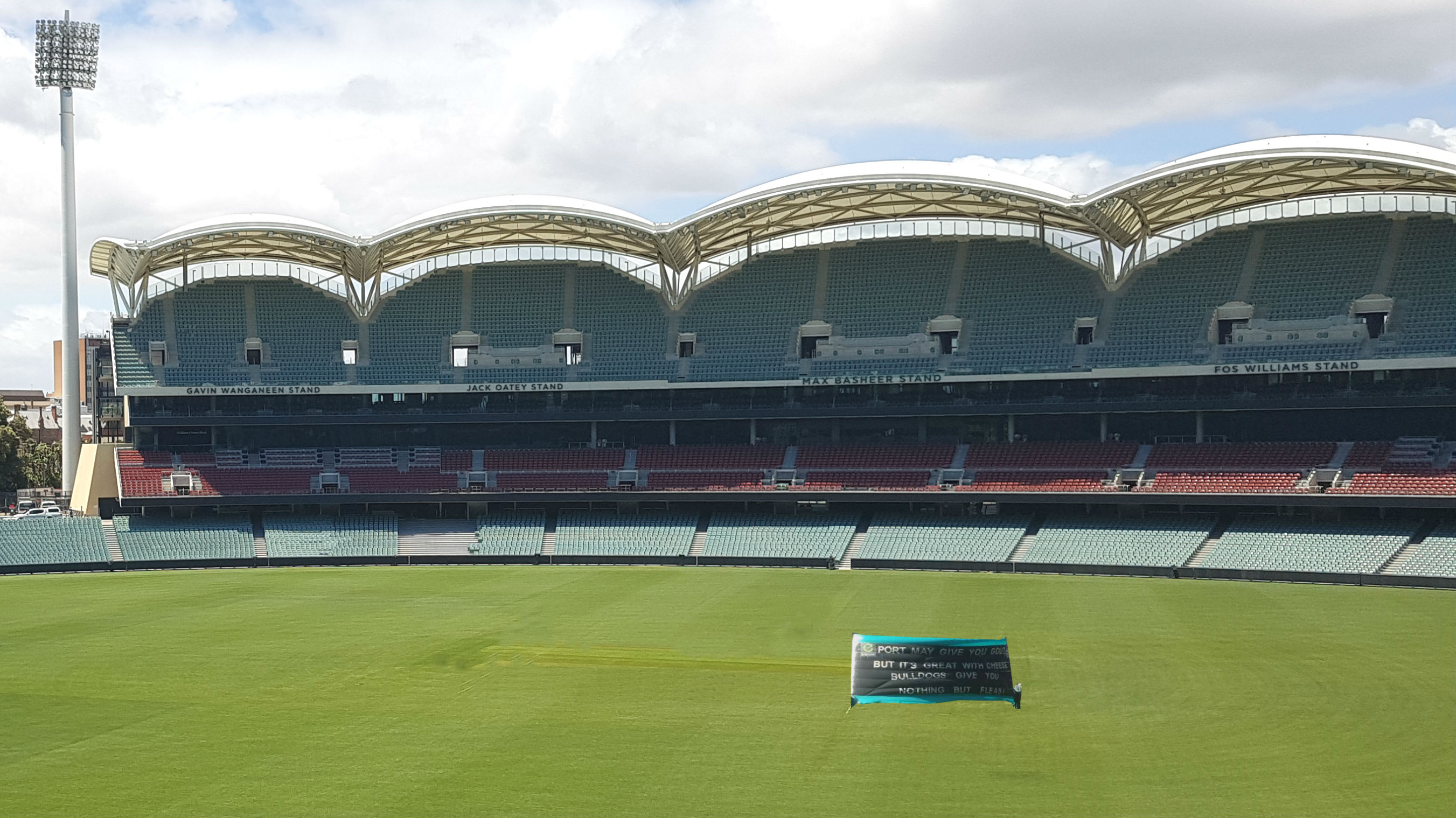 Port Power are reportedly excited for “business as usual” this season, as the AFL is speculated to announce a crowd ban for 2020.

‘Now the other teams will know how we’ve felt all these years’, said former Captain, and alleged wife seducer, Travis Boak.

Not wanting the dreaded Coronavirus virus to spread further during the cold winter months, the AFL has announced that teams in 2020 may play their regular season match ups in empty stadiums, without fans.

This move has been welcomed by Port Adelaide Football Club (established 1997) who were planning to do this anyway.

‘It’s a tough call for the league I guess’, said whiny voiced CEO, and breakfast TV numpty, David Koch, ‘Shouldn’t affect us too much though. Players won’t notice any difference and we’ll just get the tarps out again’.

Community wellbeing advocates have also applauded the decision. With Port Adelaide GP, Dr. Sirius Achoo telling Adelaide Mail, ‘it’s probably the best thing for the club and the wider community. With the amount of methylated spirits and Winfield rollies consumed locally, what few fans the club does have left are probably all in the high risk category for serious pneumonia. You get 500 of them in one location and you’ll have a massacre on par with the 2007 Grand Final, if the virus were to spread locally it would be the COVID-119’.

Club officials have denied there is a risk of this happening (mostly because Memberships for the coming season currently sit at just 478) but are welcoming the new restrictions anyway, as it takes the pressure off their marketing team to try and boost game attendance.

‘It’s been difficult recently’, stated marketing manager Karen DePear ‘I mean, the footy express is now just a Hiace picking up vagrants along Port Road, and the last time I went to take some shots for the march from the mall it was just a shirtless man playing a kazoo wearing a Power, sorry “POWER”, make sure you write that in capitals, beanie. He was admittedly very good, but still, not really sure if it constitutes as a march’.

Still wanting to know what Port Adelaide locals feel about the decision, we approached some for comment, but quickly backed away when they pulled a knife on our journalist.

Editor’s note: Tom Stewart is a guest columnist and Power fan. So before you Port fans start sending us death-threats after reading this arti-… who are we kidding, we all know Port fans can’t read.