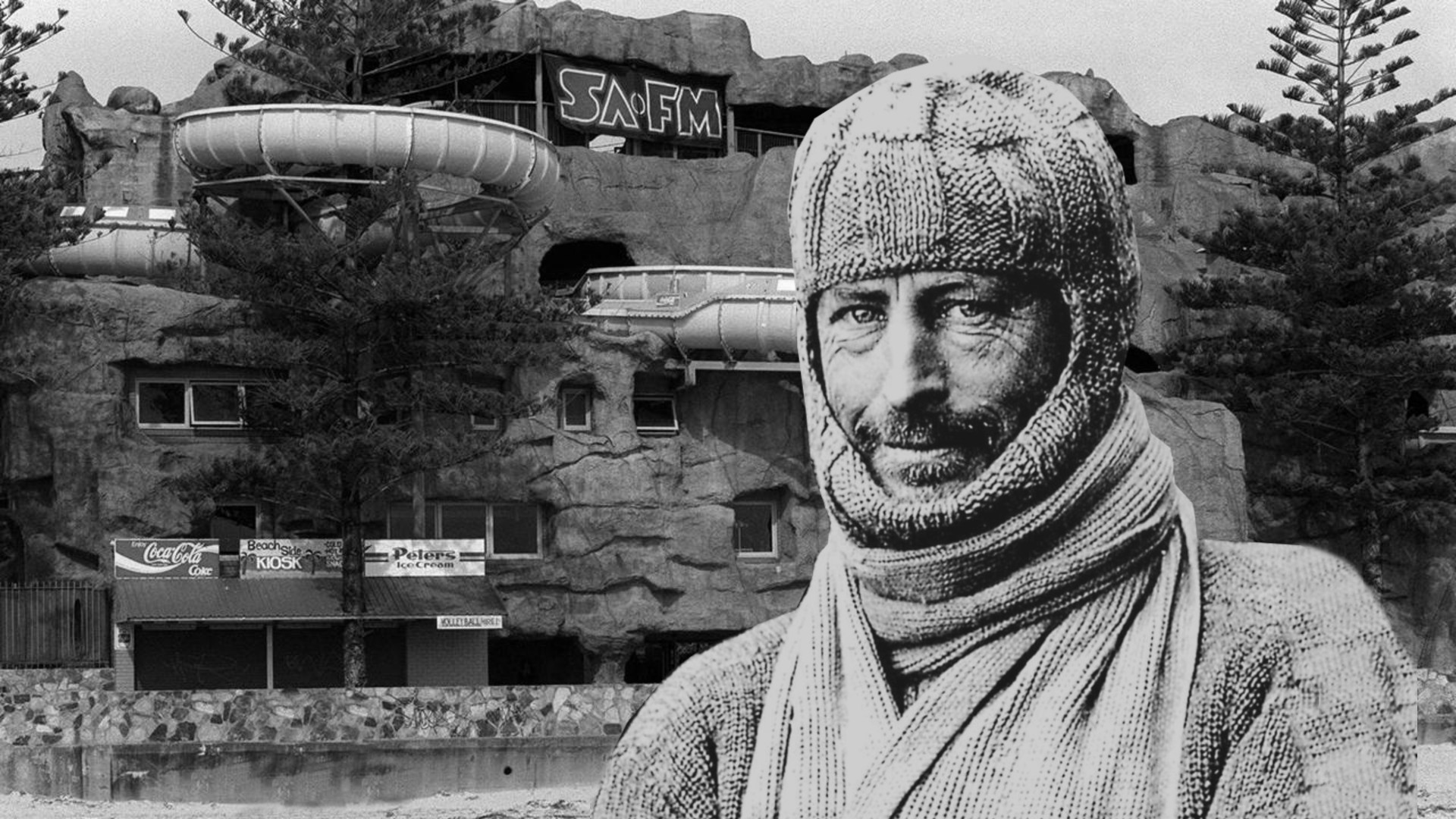 The year was 1915 when geologist and explorer Sir Douglas Mawson had just returned from his famous Australasian Antarctic Exhibition and was looking to undertake something a little more challenging back in South Australia.

Despite pleads from his family and the scientific community to not undertake this dangerous expedition, Mawson packed a month’s worth of rations whilst preparing for the physical and psychological test of conquering Adelaide’s Magic Mountain.

The task would not be an easy feat, situated alongside the rugged Glenelg shoreline, where it can sometimes get a little bit breezy, little was known about Magic Mountain at this stage mainly because construction would not begin on it for over sixty years to come.

Nevertheless, Mawson set out on what would be one of his more memorable sole expeditions.

November 12, 1915:
I have reached the summit base from the shoreline. Conditions are fine and clear, but will rest up here for a few days to undertake observations and samples of the mountain surface. It appears to be some sort of thin, hard rock, almost plastic like in nature. One thing remains certain though, this is one VERY ugly mountain.

November 15, 1915:
I have penetrated Magic Mountain’s intricate system of inner caves and canals by entering through the doors. I am on what appears to be the lower level. This place is fucken sick, I’ve spent the last 6 hours on these things called pinball machines, blown my fucken mind. My head’s caining now though so I’m just gonna chillax for a bit.

November 16, 1915:
Youse heard of this thing called mini-golf? It’s rad. However, the mysteries of this mountain continue to grow. After completion of the 18th hole, my ball just disappeared through a narrow canal.

November 18, 1915:
Rations almost depleted, undertook a brief hunting expedition and found a herd of horses and other various animals stampeding in a circular motion. I obtained an air rifle from the Wild West arcade. My attempts to bring down a horse were unsuccessful, so I just got a hot-dog and chips from the cafeteria instead.

November 21, 1915:
I have conquered Magic Mountain by reaching the peak via the Sky Cycles. I declare this mountain fucken sick. I plan my descent via waterslide. WEEEEEeeeeeee.

Sir Douglas Mawson’s feat was recognised by depicting him alongside Magic Mountain on the Australian $100 note, and also on an early batch of Magic Mountain tokens which were South Australia’s official currency for a short period.

However, in a cruel posthumous move, the suburb of Mawson Lakes was named after him. An undeserving accolade in which has sullied the Mawson name within South Australia.