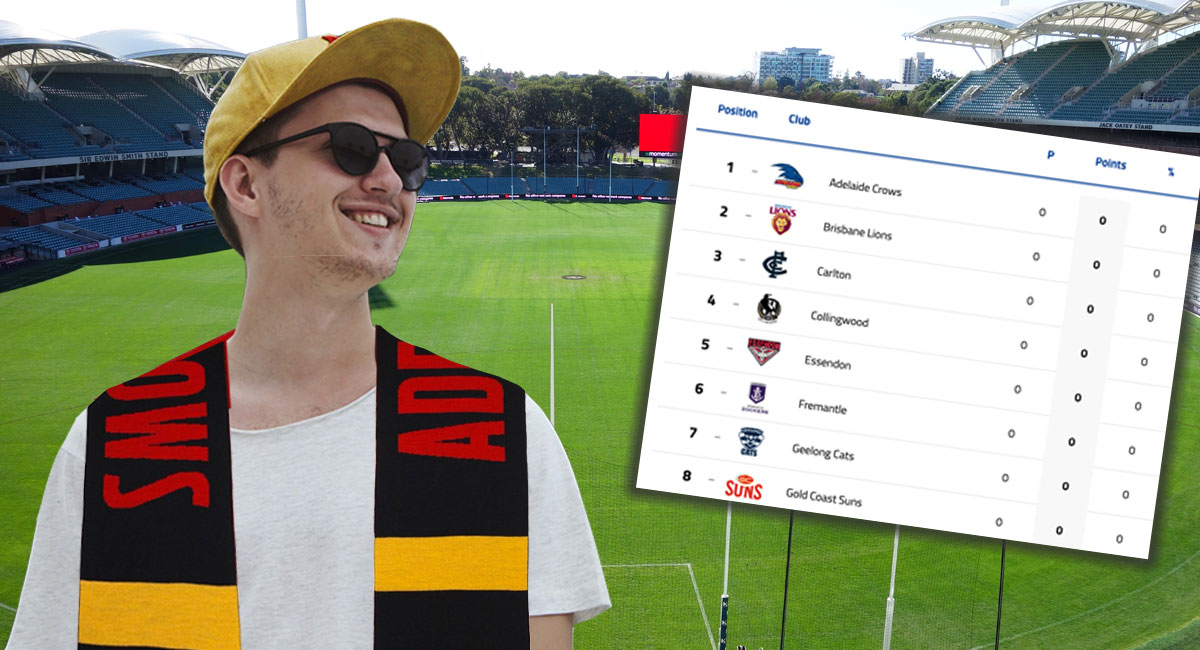 Crows fans are throwing their support behind the permanent cancellation of AFL matches as a precaution to the growing threat of the COVID-19 virus.

Even the most conservative health experts have dismissed the idea of a permanent cancellation of sporting leagues as excessive, however, one group of Adelaide Crows fans has floated the idea as an act of precaution.

‘To be honest, I’m confident about the season ahead. I had us down in the top eight, probably pushing for top four if a few results fall our way. So, to be honest, this is devastating. But I just think, it’d be better if we never play football ever again and that has nothing to do with our prospects for the season. None whatsoever’.

Amidst the unsolicited reassurances that he had been confident in the season ahead, Crowe began arguing with us about how Wayne Milera is better than several departed Adelaide players.

‘We’ve got Wayne, and he can go back if we need him. So immediately, that fills the gap left by Lever and Keath. He can take a mark so all of a sudden you’re going “we don’t need McGovern anymore” and he can play on the ball so we don’t need that flog Danger. So it’s a shame that the season’s not going ahead because Wayne’s better than all those guys. But I seriously think we should err on the side of caution and that has nothing to do with our prospects for this season’.