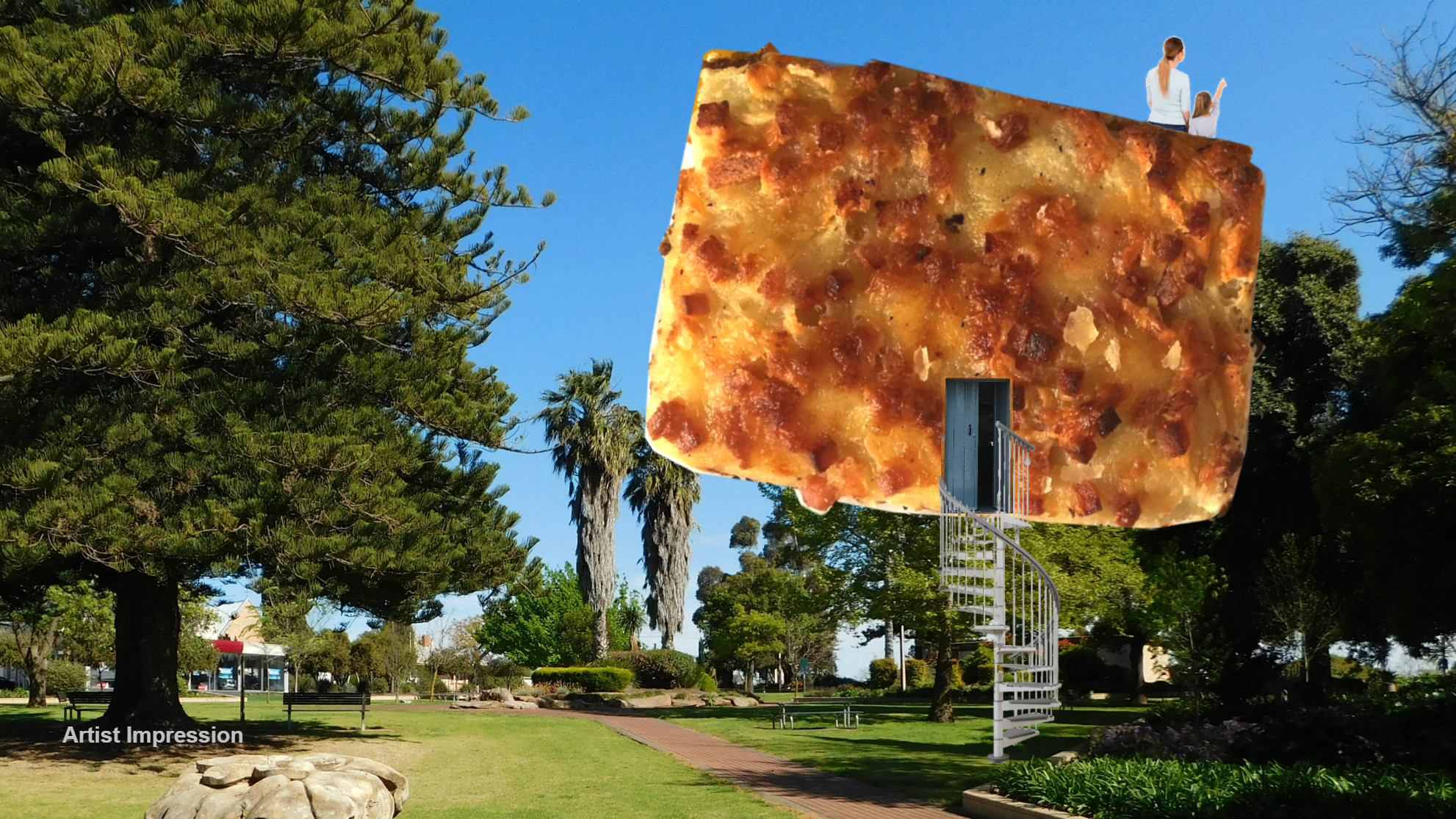 In an effort to boost tourism numbers and become one of those ‘random big thing’ regional towns, the rural City of Murray Bridge council have committed to building the world’s biggest Savoury Slice.

Made famous by McCue’s Bakery, and a leading contributor the Riverland’s obesity epidemic, the structure will be at least two stories high and feature a gift shop and lookout point at the top.

‘We’re very excited to be joining the list of ‘big’ towns’, said Murray Bridge council representative Iva Minge ‘in fact, we’re excited by pretty much anything. It is Murray Bridge, after all’.

Local resident and Savoury Slice connoisseur Murray Viaduct echoed this enthusiasm. ‘Best thing to happen in years’, yelled Viaduct with a full mouth ‘since the Bunyip has scared thousands of potential tourists away and they closed Puzzle Park just because it was a literal death-trap, this is a great way to get people back into the region. I mean, who can resist a Savoury Slice? I’ve already had three for breakfast this morning and I’ll just finish this one before I have a few more for brunch’.

However, the structure nearly did not go ahead, as it only narrowly passed council voting. Council spokesperson Minge stated ‘We wanted a big iconic structure that was relevant to Muzza residents, so it was either going to be the Big Savoury Slice or the Giant Ice Pipe. Thankfully the Savoury Slice won in a 6 to 4 council vote, as we think this is more likely to encourage residents to make slightly healthier choices. Plus it’ll go really well with the smell of fresh meat we get wafting through sometimes’.

The proposed site for the Big Slice will be in Diamond Park with construction to begin later this year. As Murray Bridge Council will use local tradies for the construction, it is estimated the project will run well over budget and be completed two years after the agreed deadline.