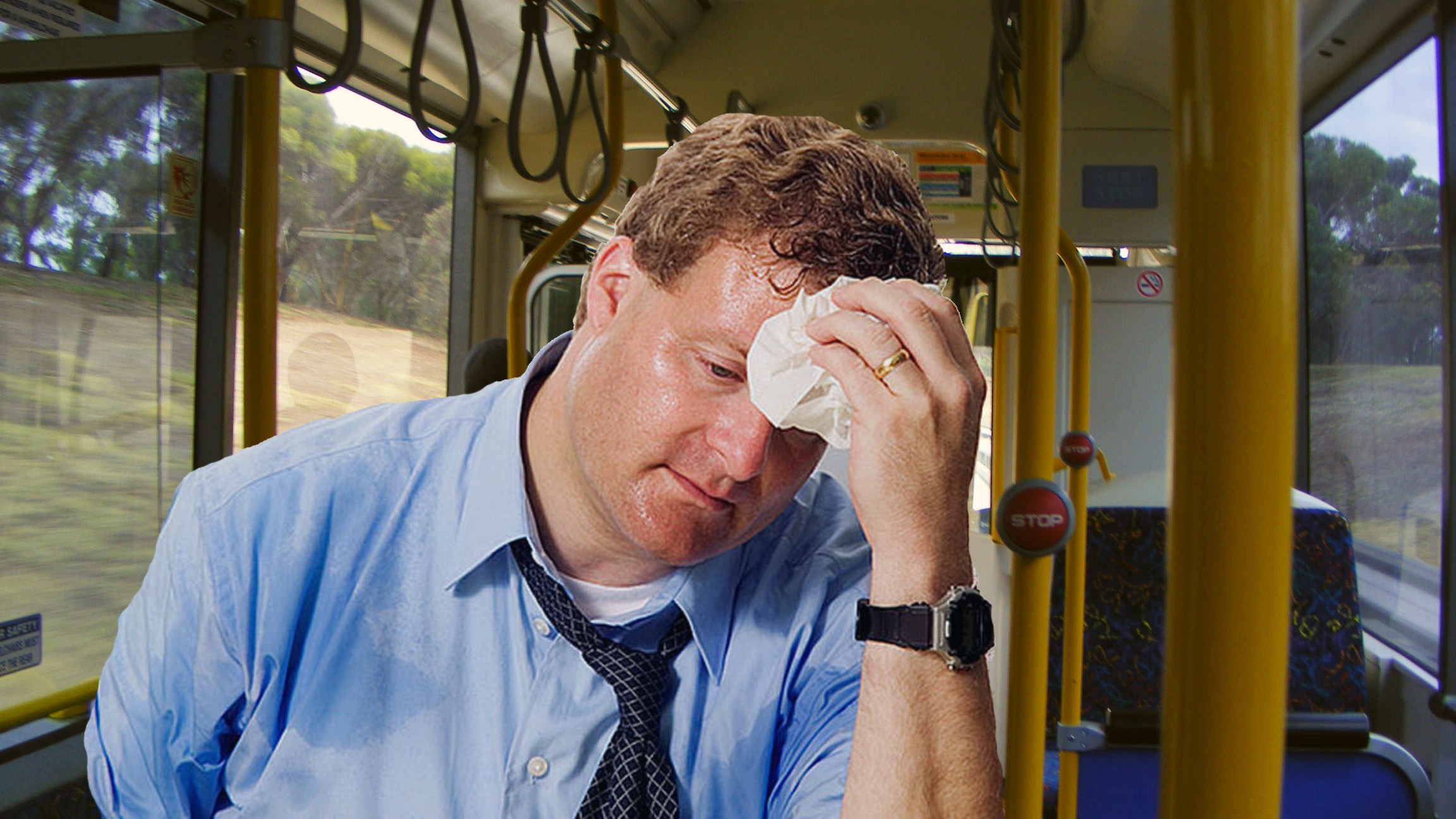 As we enter the middle of a mild winter, Adelaide public transport operators are doing the best to ensure the comfort of their passengers. Feeling there’s nothing better than being all rugged up on a chilly Adelaide evening and stepping onto a sweltering metal box full of other sweltering commuters.

‘I take a lot of pride in my work and care for the passengers’, said Adelaide bus driver Torren Stranzit ‘so it’s good to keep them warm, and I mean real warm. Nobody likes being slightly chilly, so I feel it’s best to give them the extreme opposite of that. That’s why we got rid of the windows, don’t want to let all that nice scalding heat out’.

With reports of many metropolitan busses reaching temperatures into the fifties, some commuters have had the audacity to complain about the discomfort.

‘I was bringing home my shopping from Foodland’, said Scania Ryder ‘and after just 10 minutes along the O-Bahn, my milk had gone sour, steaks were medium rare, and frozen meals were ready to eat’.

Another commuter who wished to go unnamed because we couldn’t think of a funny name stated ‘I’ve passed out multiple times due to the immense heat and also my crippling alcohol dependency. The other week I just wanted to catch a bus from Norwood to West Terrace. I blanked out somewhere near the parklands, and woke up four days later in the Lonsdale bus depot covered in sweat and next to a few cartons of sour milk’.