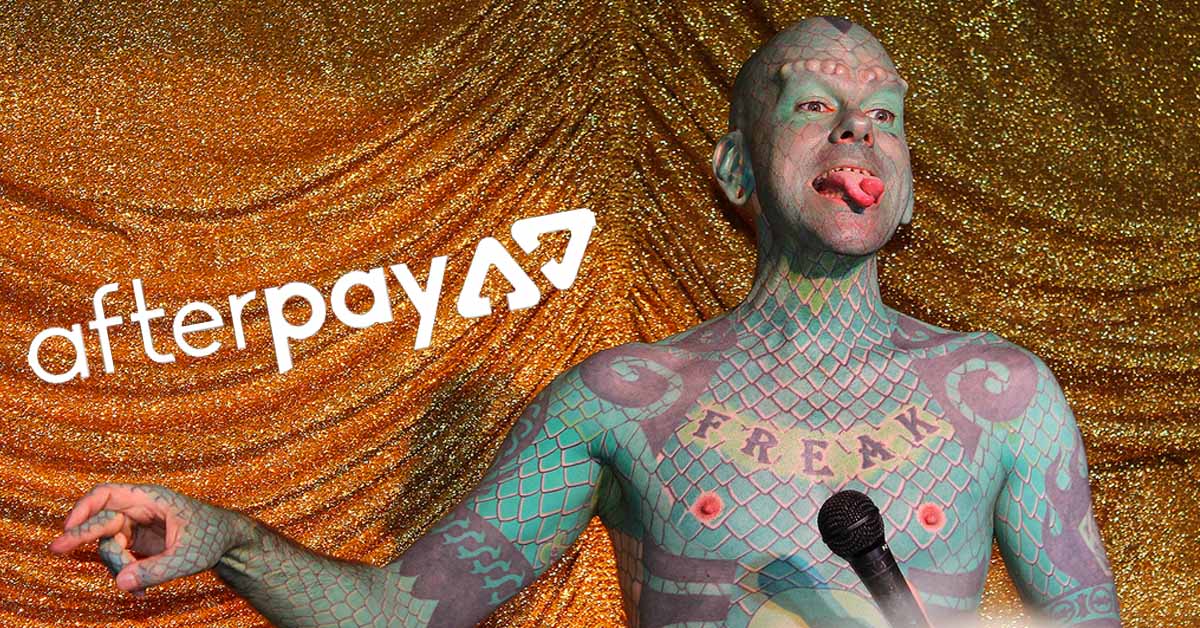 Though usually reserved for online clothing retailers, AfterPay allows punters to pay off the cost of their tickets in six, interest-free installments.

‘We were finding it really hard to get bums in seats, so it made sense’, says freak show manager and ‘man who breathes through his eyes’ Rudyard von Deville.

‘This way crowd members who might find the ticket price a bit too steep can choose to pay off the five dollars in six, direct-debited instalments. Leaving them more money for Himalayan Salt Lamps, Instagram opportunities in the House of Mirrors and that show where women read books in the nuddy’.

And while von Deville is happy to take just the ticket price from his audience, he has introduced the art of up-selling into his otherwise routine freak show affair.

‘When we spoke to the AfterPay guys they were like “what you’re doing is great but what else could you be tacking on to the checkout process?” So we introduced a premium show for those who don’t want their juggling midgets interrupted by ads for Squarespace every three minutes. That’s twenty dollars’.

‘They also suggested we do an express option, like websites have for express shipping. So we’ve got the express show option where you pay an extra seven dollars and all of the acts perform concurrently at breakneck pace. The entire show is done in 45 seconds’.

‘Then when you leave we offer tickets to see the show again with a 10% discount. Of course, if you don’t buy more tickets we have your email address, so we’ll just email twice a day until we either go broke or you deactivate your email account because it’s become overrun with spam. I mean, technically you could unsubscribe but we all know that you’re way too lazy for that’.