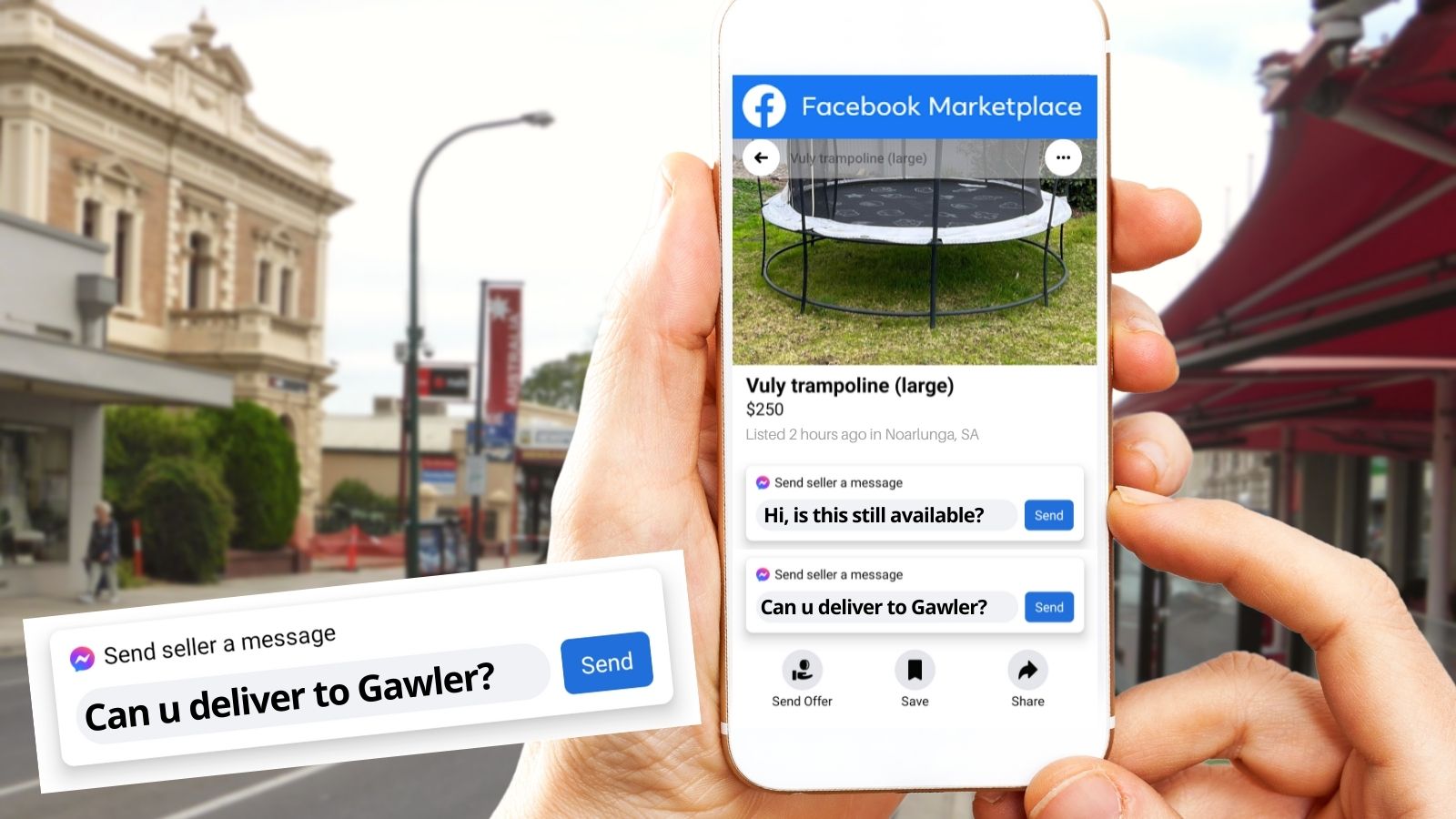 The latest Facebook app update has been welcomed by Gawler residents, as the new prefilled Marketplace question will save them from typing the most common question Gawler locals inevitably ask sellers.

Right below “Hi, is this still available?” the new “Can u deliver to Gawler?” button has been automatically enabled for all users within a 5 kilometre radius from that weird little square with the church in the middle where visiting motorists are never sure if they’re going the right way.

Bern told us ‘It’s a great feature. It saves me a fraction time while I’m also wasting the time of others’.

Without looking up from his extremely cracked smartphone Bern continued ‘See, like many Gawler locals I’ll always maintain Gawler isn’t that far from the city, which it definitely isn’t, but I also don’t want to travel to anywhere in the metropolitan area because it’s too far’.

‘Look here’ said Bern pointing to his barely legible phone screen ‘Some joker in Noarlunga has just listed this 18 foot trampoline. He says in the ad “Buyer to dismantle, price firm, no delivery, pickup from Noarlunga only” but we here in Gawler know that’s just a guide’.

‘Now, I don’t need a trampoline, but if I can get it at a quarter of the price he’s listed and delivered, then that’s a pretty good deal. Plus I’m taking it off his hands, he’ll probably be grateful’.

‘So, first I’ll click this “Is this still available?”, once he’s replied to that I will then wait at least 12 hours before clicking this new “Can u deliver to Gawler?” button. Simple, I reckon we got a deal here’.

The next day Bern messaged us to say he didn’t get the trampoline because for some reason the seller didn’t want to reduce the price, dismantle the item, then travel over an hour to deliver it at no extra cost.

Bern concluded ‘Just goes to show how rude people living in the metro area are compared to us nicer folk here in Gawler. I’ll be sure to leave him a bad review for being so inconsiderate and selfish’.