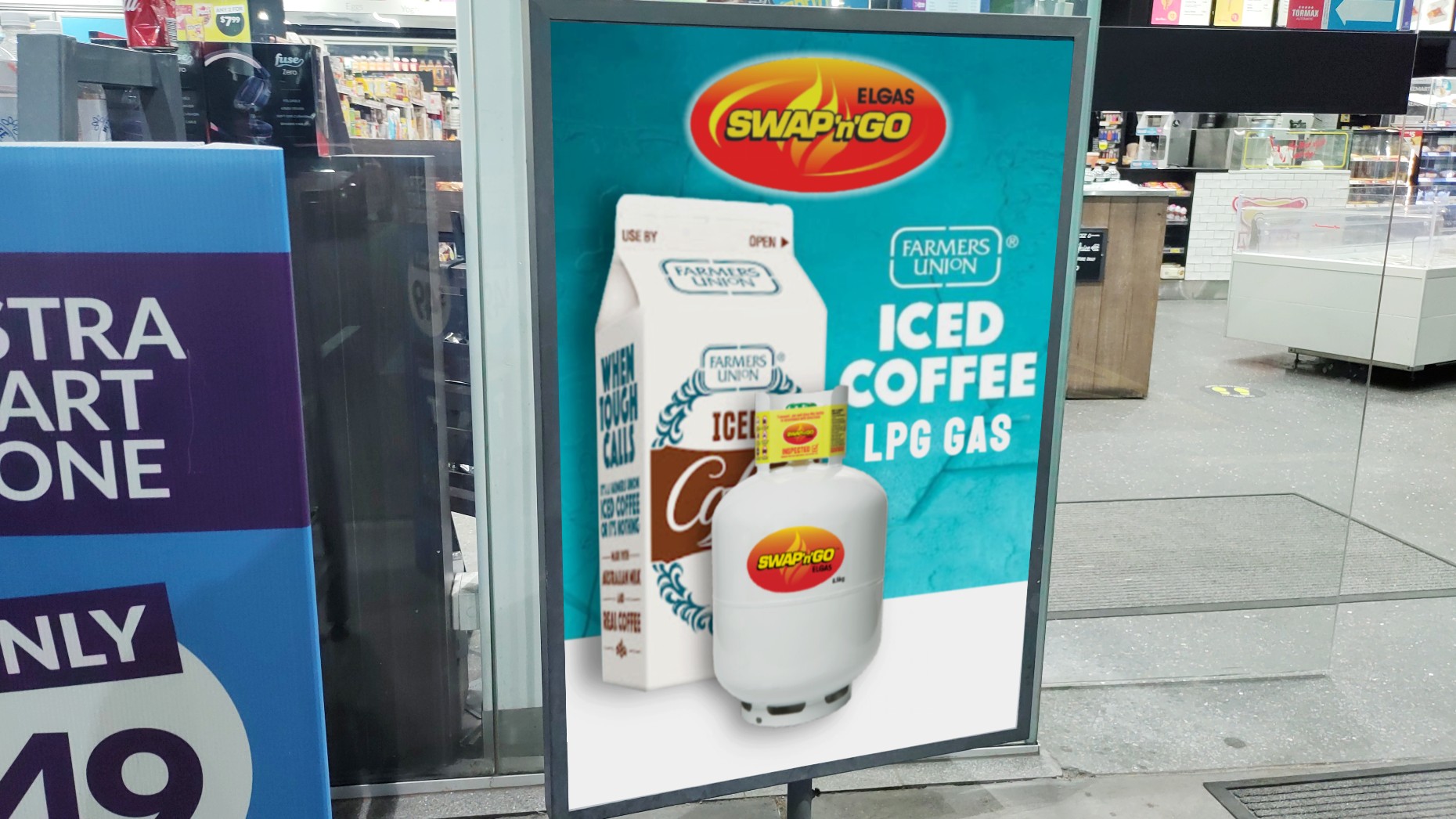 Since launching the Iced Coffee flavoured doughnut, the team at Farmer’s Union have quickly realised that the majority of you South Australian pigs will buy anything with their name on it.

‘With the doughnut success, we figured we’d expand to a wider range of general service station items’, said Farmers Union head of product innovation Di A’Beattie, who just came up and started talking to us randomly in the Surrey Downs OTR.

‘Basically, we’re just gonna flavour whatever we can’ Di continued unprompted, ‘We’re starting with LPG Barbeque Gas Bottles. What could be a better way to get summer started than with the sweet smell of Iced Coffee coming through your barbie and flavouring those snags?’

‘Next up’ Di continued as she looked around the servo ‘Iced Coffee chips, people will buy them, believe me. They’ll sell out quick smart if we get a social media post done by every Adelaide social media influencer, even the really annoying ones. You know who I mean’.

Continuing to pester us even though our Spot 5 Keno round was clearly up, Di just kept shoving items in front of our faces as we were trying to watch the screen.

‘We can flavour cheese, chocolate, baseball caps, overpriced energy drinks, bread, eggs, milk…Wait, not milk. But other servo things like engine oil, petrol, cigarettes, meat pies, you name it and in the coming months it will have that famous Farmers Union Iced Coffee flavour that South Australians have grown to love, or at least grown to be physically dependent upon’.

‘So, you guys gonna’ do a post about this or not? What have you got like 40 real followers or something now?’ Di asked ‘Or can’t you go an entire article without mentioning the O-Bahn?’