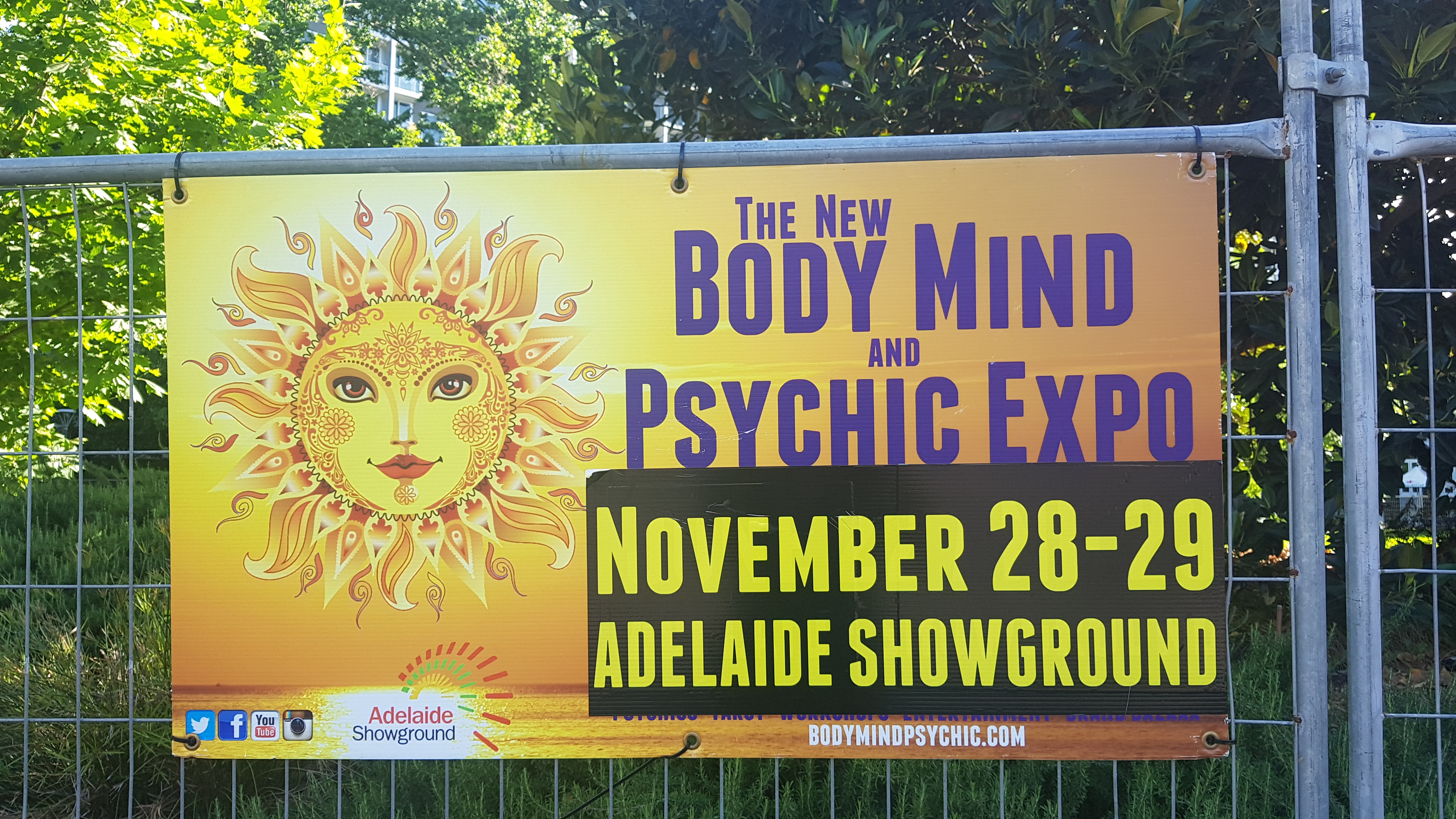 South Australia’s Psychic and Body Odour festival has once again been cancelled due to events that nobody saw coming.

This isn’t actually a joke, there’s still a sign up in Hindmarsh Square if you don’t believe us.

We spoke with festival organiser Sage Willow-Chakra-Crystal-Meff who stated ‘We can’t believe this has happened to us again, nobody had any sort of premonition. But also, did you know that this thing is all a hoax conducted by the WHO and Bill Gates in order to distract us from 5G and-‘

We left it at that as the joke had already worn off by the headline. Seriously though, what is it with a lot of these new-age hippies and their cooked conspiracy theories?

Also, the fact that there is a sticker on the sign with the date shows that this happens more than it should. Once again, this is not a joke.