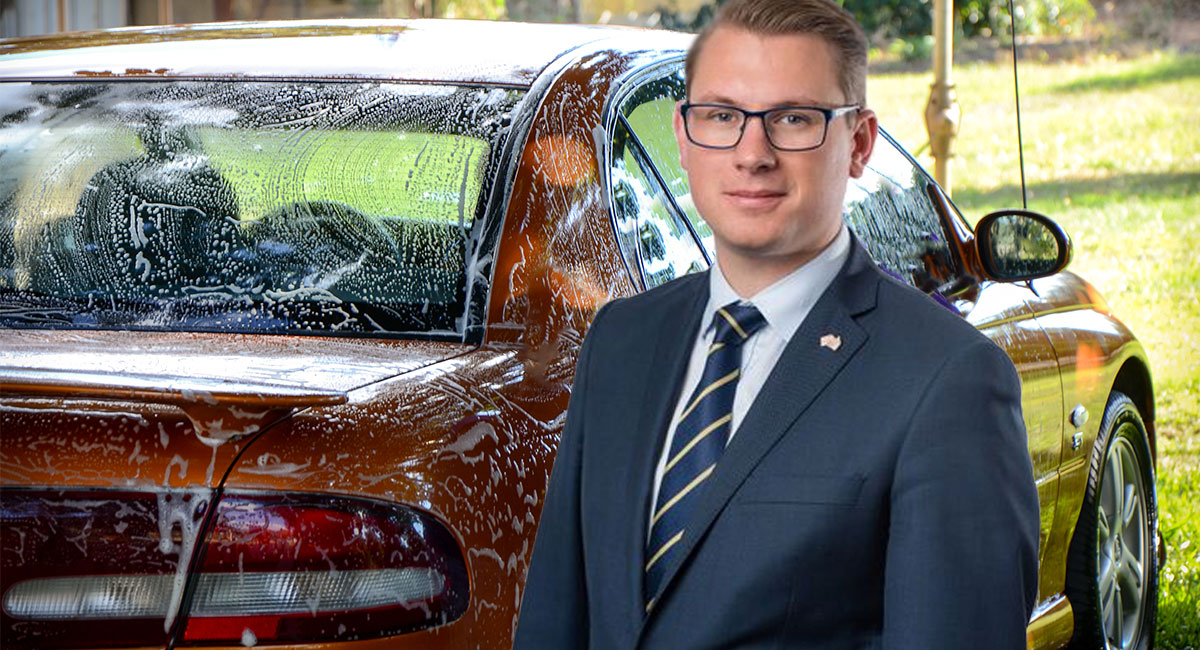 South Australia’s Transport Minister Stephan Knoll landed himself in a bit of mischief this week by accidentally and also repeatedly claiming bogus travel expenses paid directly to his parents.

The 38-year-old repeatedly, but also accidentally claimed for accommodation that was then paid to his parents as board.

Stephan’s dad Franz confirmed the arrangement, which sees up to $234 from the taxpayer up for grabs each night. Clearly one to drive a hard bargain, Franz went on to tell Adelaide Mail that not only was Stephan paying him board but that he will be ‘repaying every last red cent of that to where he got it from, mister.’

To set things right, the master negotiator has convinced his son to wash his car once a week, clean the shower every fortnight, take in the washing and put the bins out every Sunday to make up the $30,000 of taxpayer funds.

Not one to pay too much for any service, Franz totalled the weekly value of Stephan’s household chores at $16, meaning Stephan should be completely debt-free by around August 2056.

Of course, the arrangement to pay off debts to his father makes no sense and won’t actually contribute to paying down Stephan’s debt to the taxpayer. Luckily, Franz made the kind offer to ‘host Stephan at his house for a small nightly fee until he gets back on his feet and pays off all that debt.’

Stephan Knoll told the Adelaide Mail that he’s likely to take his father up on the offer and has even ‘worked out an arrangement’ that avoids using his own funds to pay for it.

We’re not sure what that means, but it sounds clever and entirely legal.