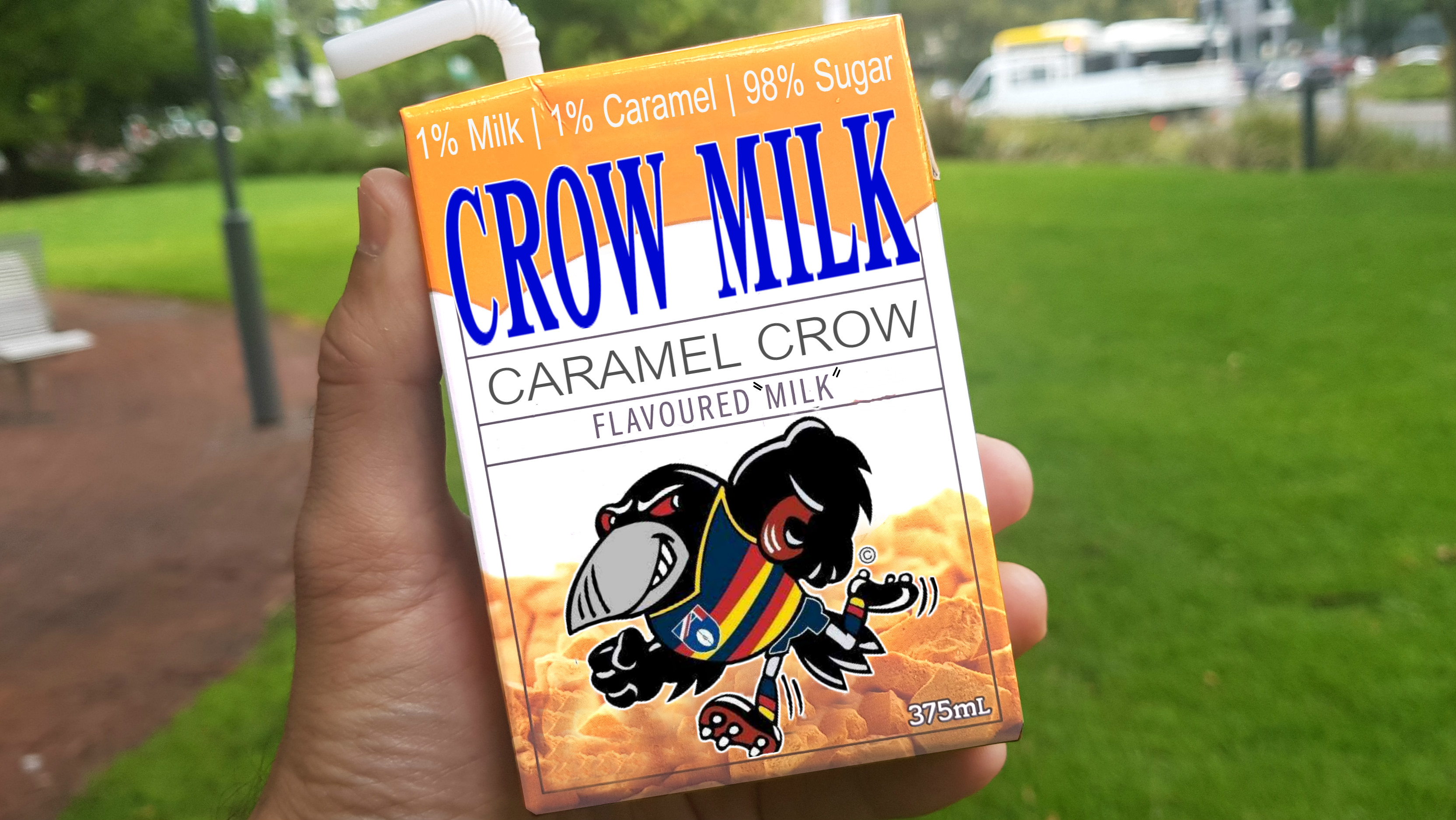 In the wake of current local flavoured milk wars, let’s take a moment to remember a simpler time in South Australia, the 1990’s.

With the new AFL football franchise trying to build a solid fanbase in South Australia, the Adelaide Crows decided to launch something it felt would resonate best with locals, a sweet flavoured milk drink.

“Crow Milk” was made almost entirely from the waste products of local sugar refineries, which are usually deemed too sweet for human consumption. However, to circumvent pesky Food Safety Standards laws, the Crows added 1% of warm UHT milk and a drop of artificial caramel sweetener to the recipe and “Crow Milk” was born.

The “drink” initially sold extremely well, because it was the 90’s and it had the Crows logo on it, but once the general public started having severe health problems including diabetes, pancreatic failure and blindness, sales of the “beverage” soon plummeted.

Medical data from the time shows that milk related emergency department admissions spiked 240%, and insulin sales increased six-fold during the time that “Crow Milk” was available to the public. Leading diet research, Zhou Bagovchips, stated ‘The drink should never have been on the market for human consumption. In fact, laboratory tests found that Crow Milk was only useful for stripping paint from mining machinery or biological warfare’.

It has been rumoured that one of the main reasons that South Australia wanted to build a nuclear waste dump was to dispose of the excess Crow Milk units, which once expired, had to be handled whilst wearing a hazmat suit. However, inside sources state that the few remaining Crow Milk units were simply emptied into the Torrens by now deceased junior AFC interns or given to the Jarman brothers.

Quickly trying to distance themselves from the milk scandal, the Crows struck a commercial deal with Snickers, which ultimately led to the “Cows” nickname.