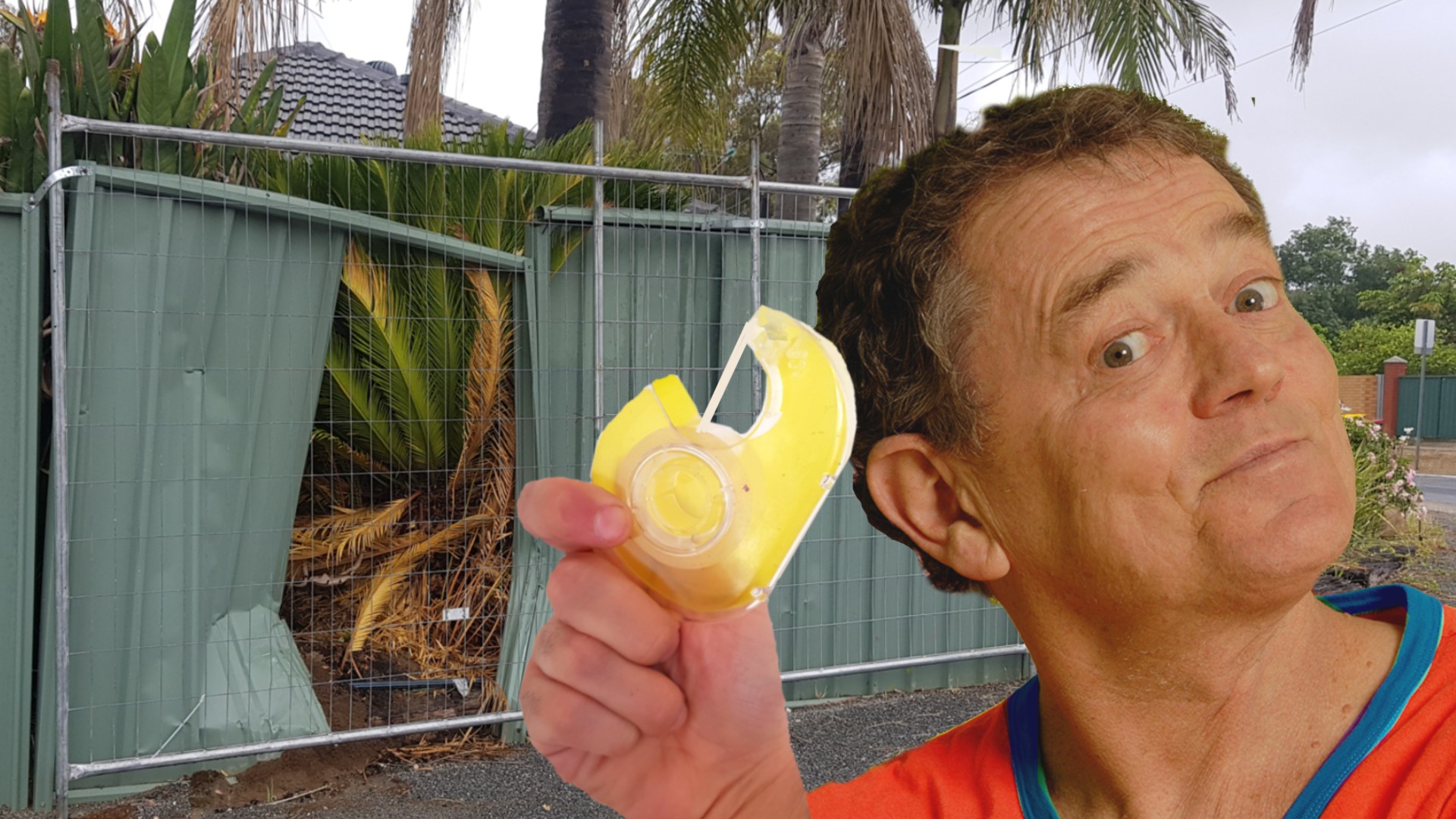 When Jessica Footings-Colorbond of Banksia Park was searching for a traidie to fix her fence, she should have known better than to go with the tradie who provided the cheapest quote.

‘His business was called “Mr. C. Kane’s Fence Fixing”. I assumed it was a Citizen Kane reference, which I only know about from Simpsons DVD commentary. So I thought this guy should be alright, even though his quote was only $27 and a few toffee apples’ Jessica recounted.

‘He rocks up, looks at the job and goes “Hmmmm, I’ll need to get some supplies”, I assumed he was going to Bunnings, turns out he went to Officeworks’.

‘I kept subtly checking on him while he was working. He spent most of the time reading a newspaper, and for smoko he went around my backyard and cracked an egg on my kids’ slide. Not sure what that was all about, it’s an overcast day and now I’ve just got raw egg all over their playset’.

‘Then he says he’s all done and the fence looks exactly the same except he’s just put some sticky tape all over it. In the end I just paid him so he would leave’.

‘Then he just asks if he could come inside to wash up. I directed him to the bathroom, but instead he walks to the kitchen, grabs the juice out of my fridge and covers his hands and face in it’ Jessica continued.

‘Super weird fellow and a terrible fence fixer. Still, I’d rather hire him again than support that Jim’s Fencing guy’.