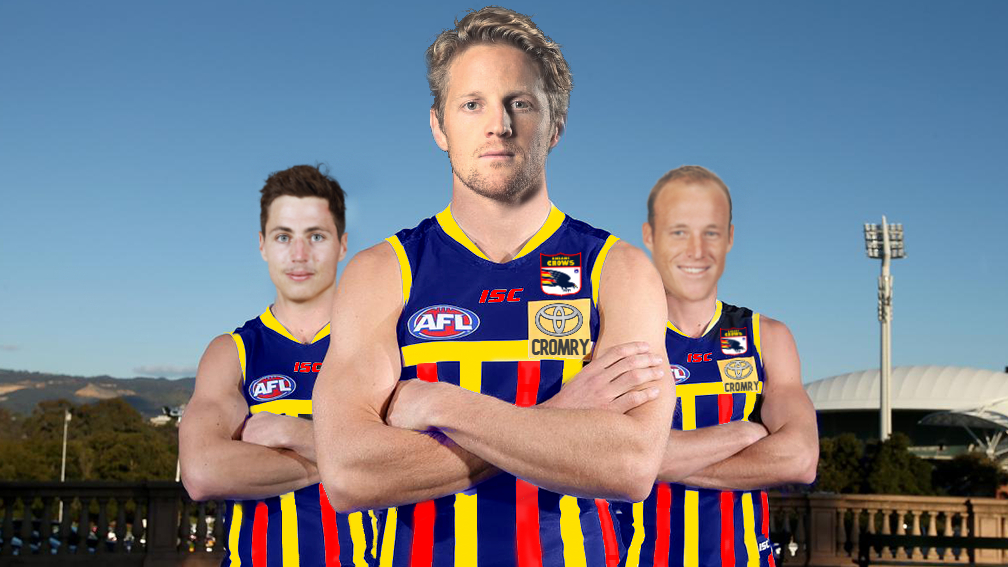 With the next Showdown announced to take place in round 8, the Adelaide Crows have revealed a new strip that the team will wear for the game.

Adelaide Football Club’s head of Guernsey Design and Knitted Seat Cushions, Cam Rickrowe stated ‘This jumper is about our club’s history and heritage which dates back to late last century. See, it sounds impressive when I say it like that doesn’t it?’

The new design is a bold move for the club, but of course a bunch of guys on Twitter who were never good enough to actually play footy but seem to think they know better than all the players, staff and League combined had something to say about it:

“A brilliant and original design for this amazing club. This club can do no wrong, even when they were quite literally the worst performing team in the league, they were still the greatest. #GOCROM”
– @The119thMan

“This is clearly a ripoff of the Port guernsey that we aren’t allowed to wear because we stole it, even though we didn’t. Do they even know what this design is based on? If I knew how to write I’d be sending a letter to AFC and also a Valentine’s Card to Kochie and Ken.”
– @PrisonBarExPrisoner

A painfully long and tenuous thread of Simpsons reaction GIFs that kind of related to the guernsey, but not really.
– Both @TomRichardson and @jhudson_10

“is a GOood jumper.,, wehn is CROws playing thiss weeken?. I wont to get their 4 hours before so I can leaVE AT halff tim to Get a sit on Fotty Expres.”
– @AFCJuniorMember1947

“See you fuckers in court.”
– @McGuireLegal

Also, Ian Perrie will be playing The Showdown for some reason.