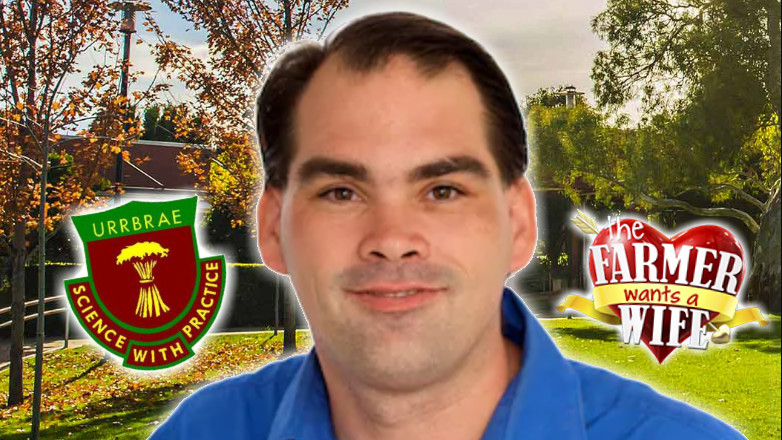 Local bachelor, avid vaper, and Urrbrae dropout Nick Telecom has been looking for love for some time now, he told Adelaide Mail he’s tried everything. ‘Yeah, one word messages on Tinder, putting on a nice shirt when I go outside, even regularly saying ‘thank you’ to the girls who make my coffee. I’m a nice guy, so I just don’t know why I can’t find a girl’.

However, Nick has come up with a cunning plan, which he feels will make women flock to him. After watching The Bachelor last week, Nick cast his mind back to the hit television show from 2007-2016 ‘Farmer Wants a Wife’.

‘These guys are just knockabout blokes like me. Not all that attractive, not all that cultured, but the ladies love them for their farming skills. That’s the Ace up my proverbial flannelette sleeve, because I went to Urrbrae High’.

Although he didn’t do particularly well at the agricultural high school, and having never stepped foot out of a metropolitan region, that hasn’t deterred Nick. ‘I had my photo taken sitting on a hay bale in year 9 for the yearbook, it gave me a rash, but I’ll probably just use that for my application to the show’.

Despite the show no longer being aired, Nick has sent a range of headshots to Channel 9, including him with a piece of straw in his mouth, a shot of him in the Rundle Mall Australian gift store wearing one of those cork hats, along with a doctored version of his year 10 Urrbrae report card.

Nick remains hopeful about his chances of the show relaunching with his strong application, ‘all I have to do is beat the other applicant from Ingle Farm and I’ll be set’.