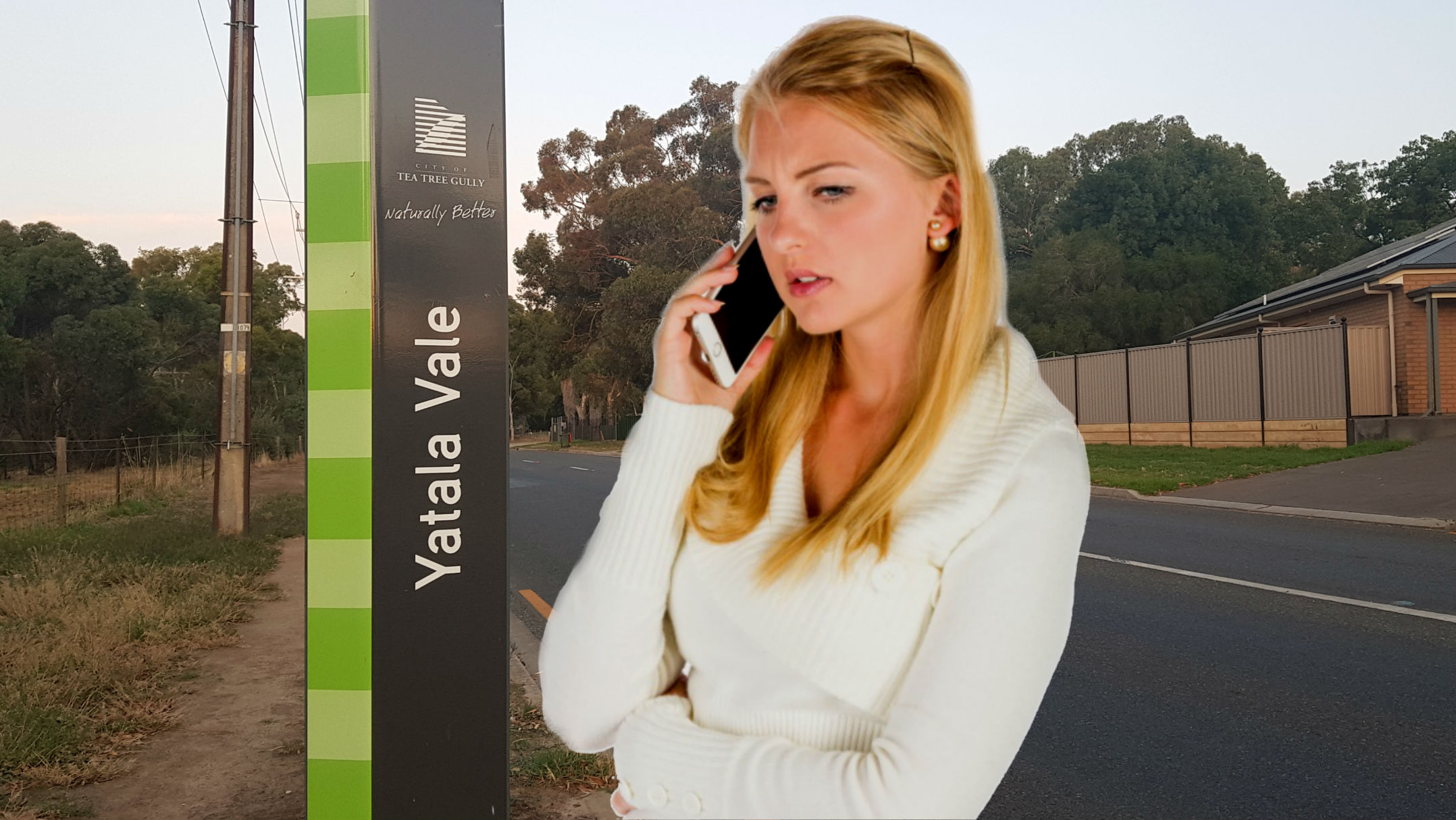 A resident of Yatala Vale, a picturesque semi-rural suburb in Adelaide’s outer north-east, is fed up being asked if she lives next to Yatala Labour Prison.

After years of being questioned if she’s worried about prisoners escaping and breaking into her house, or if she can see over the walls from her bedroom, Louise Scriendor has given every explanation possible, but people still refuse to believe her.

‘I keep telling people it’s like 15 kilometers away, but nobody listens’, Louise told Adelaide Mail ‘I carry a map of the metropolitan area in my handbag everywhere I go. I’ve even tried to pronounce it differently “Yu-tar-lar Vale”, but that hasn’t worked either’.

Louise states the continual debacle has taken a huge toll on her livelihood ‘I can’t get a pizza delivered, taxis won’t take me home, no pool-cleaners will do a house call and it’s always such a hassle always taking it to them. Get this, last week a friend suggested we catch up for coffee at her place instead of mine because it might be too dangerous being so close to the jail, I was like “Bitch, you live in Northfield!”’

The situation has become so dire that Louise has been attempting to sell her property for over two years, but has been unable to attract prospective buyers because nobody wants to live near the prison.

The final straw came last week when Louise’s boss asked if she wears an orange jumpsuit when she works from home. After Louise professionally and politely tried to explain, her boss replied ‘Northern suburbs, North-Eastern suburbs, it’s all the same’.

Understandably enraged by this statement, Louise stated the last thing she remembered before blacking out was leaping over the desk with a letter opener in hand.

Louise had to conclude the interview with Adelaide Mail reporters promptly as she was escorted back to her cell.