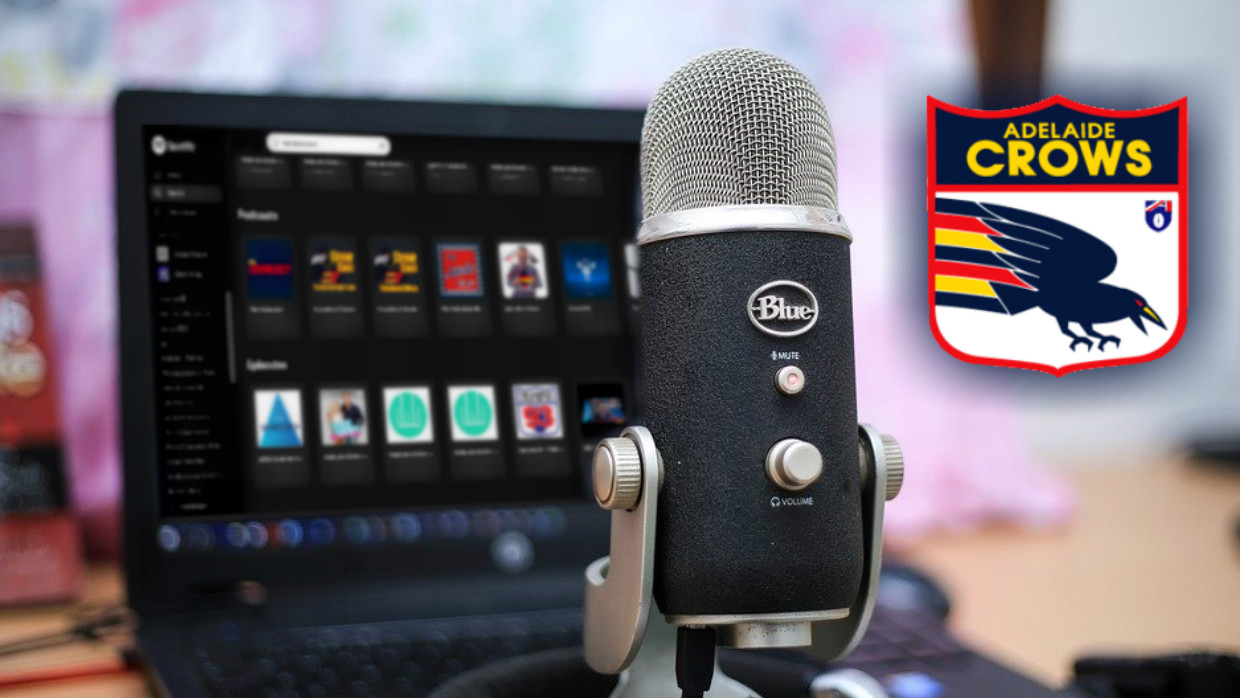 As working in isolation and two-week quarantines become commonplace for many South Australians, a high proportion of 20 and 30 somethings who believe that an interest in footy equals a personality are starting to fire up the cheap USB microphones and start an Adelaide Crows podcast.

With a wide selection mediocre Crows podcasts clogging up hosting services yet still receiving no listens, we thought we’d highlight some of the least worst ones to discourage people making their own:

“The 119th Man” – Just some guy banging on about how he hates Port Power. Even though there is very little Crows content, this is one of the better podcasts as most other Crows podcasters seem to know very little about the Crows anyway.

“Damn AutoCROWect” – A guy crafting an entire podcast by starting each sentence with a few relevant words about the football club, then letting predictive text take the rest of the lead. Highlights from last episode include:

“The Adelaide Crows football team won Friday’s home conference game against the spirit of fair play. The new team coach and I will be in the city sometime soon with regards. In other news team captain Rory McIlroy forward to seeing everyone again later this week and I have been working on the phone.”

Once again, if you’re looking for a Crows podcast read by someone with at least some knowledge about Aussie Rules, this seems to be one of the better ones.

“The CrOW Corner” – Every episode starts with two guys discussing last week’s team performance, but seamlessly turns into an in-depth discussion about cricket fielding techniques every episode. It’s actually quite fun to try and figure out when it will be.

“Crow-na Virus” – A relative newcomer to the overcrowded field. It’s mainly just a guy sniffling and sneezing a lot as he dissects the 1997 season. He hasn’t released an episode in a few weeks. Perhaps someone should check on him.

So please, tune into these, and the hundred other podcasts before you think you can cover Crow’s content that hasn’t already been covered.

Also, if you are looking for a local podcast to listen to in isolation, check out AdeLOL, telling true tales from South Australia that are absolutely cooked. Here’s an episode about the time Wayne Weidemann and the Adelaide Crows took a limo to a Los Angeles ghetto. It’s insane and also a little racist: