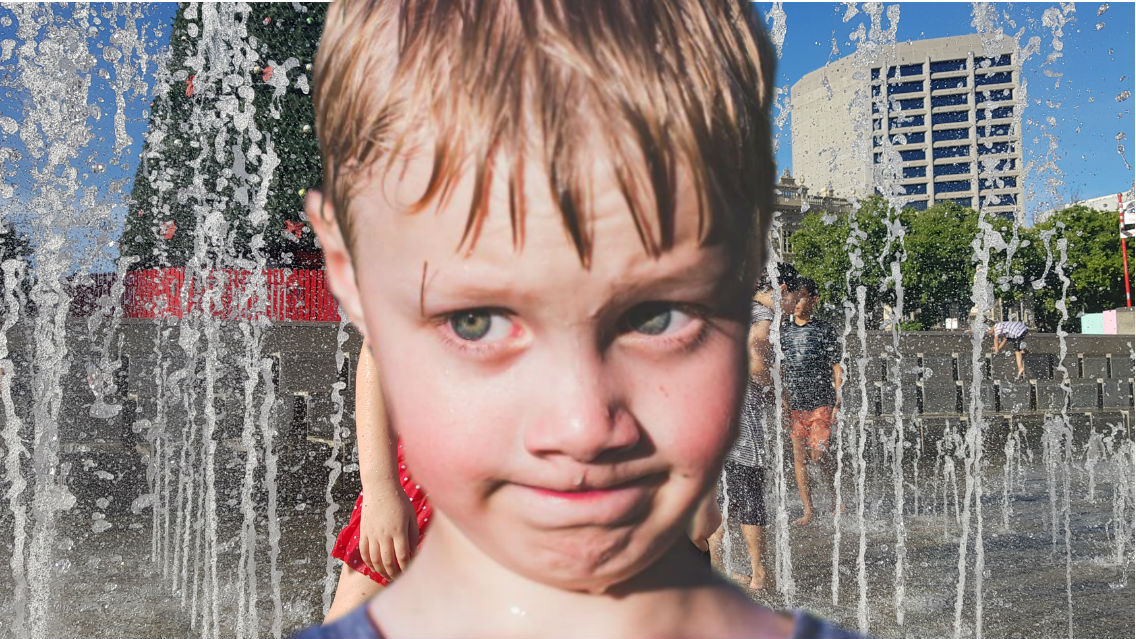 In what was initially meant to just be letting the kids “dip their feet in” the water play area of Victoria Square/Tarntanyangga has turned into bath-time for one Adelaide family.

But soon after the shoes and socks came off, there was nothing that single part-time father Darren Dropkick could, or intended to do to stop the kids instantly becoming drenched.

Darren, who has clearly given up for the rest of this year, and already most of next, decided that the soak technically counts as a bath for the evening. ‘I mean, sure, there’s no soap,  but they’re wet enough, and I’m sure the dead leaves and floating cigarette butts provide some sort of nutrients to the water’.

Darren, who requested to the Family Court to only see his kids once a month after the divorce, yet continually complains on facebook how the Family Court is biased against dads, stated he had a great time with the kids in the city. Particularly because he could mostly keep an eye on them playing in the fountain while he had some beers at Wild Nectre.

Despite Darren forgetting to bring towels, drinks, or remember to save any money to buy the kids dinner afterwards, his children reportedly had a good time during their two hour Christmas visit with their dad. ‘Usually the less he does, the better’, stated the shivering older child ‘at least it’s a better bath than that time he took us to “The Bath Hotel” in Norwood’.

The children were soon picked up by their mother and given an actual bath when they got home, followed by a diphtheria vaccination, just to be safe.