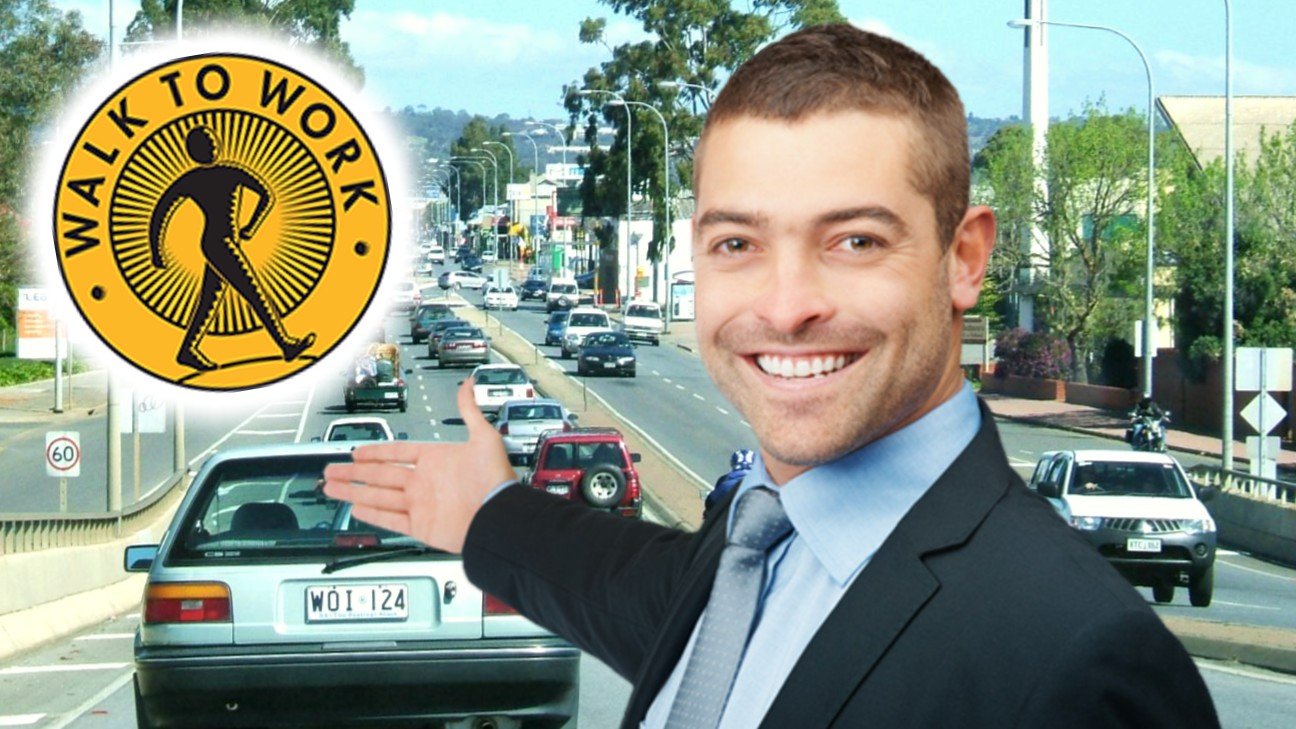 Edward Stoun of St Marys was one of this morning’s commuters who arrived at his city office nearly 45 minutes earlier than usual. ‘It’s pretty surprising. Actually, you know what, it isn’t that surprising at all. My 12 kilometre journey was more than halved simply by not driving along South Road’ said Edward.

‘For once I’m early for work and feel much better because I haven’t been sitting in a stationary car for over an hour’.

However, like many southern suburbs residents who regularly contribute to Adelaide’s traffic whilst simultaneously complaining at length, although Edward recognises that other modes of commuting are quicker and easier, he won’t be giving up driving any time soon.

‘But of course I’m going to continue driving because…Well, I have a car. That way I can feel superior to all of those who are walking past me’ concluded Edward.