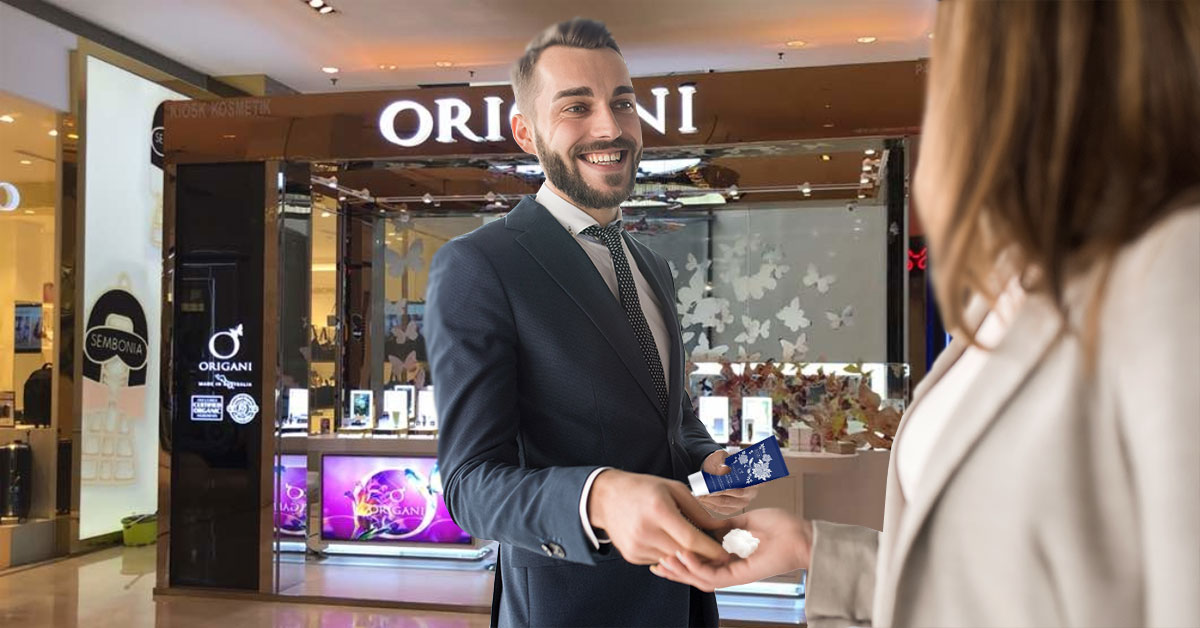 A Torrensville woman has aborted her first attempt at Christmas shopping for the year after being chased out of the city’s David Jones building by a man attempting to cover her hand in moisturiser.

The store’s sales person — whose approach to selling products seems to consist exclusively of clutching on to women’s hands under the guise of “sampling” — is subject to over 14,000 restraining orders from frightened and frustrated shoppers.

Benito Neagle recalls the fear he felt for his missing wife after she accidentally drifted within the hand cream guy’s “sampling perimeter”.

‘We were walking out of DJ’s and I know to always take the western side near The Body Shop to leave. Brondra though, she has no idea. She fell for the oldest sales move. He held out his hand for a handshake saying “Hey don’t I remember you from somewhere?”’

‘That was back in July and I haven’t seen her since’, continues Neagle. ‘I’ve been worried sick for her, but you know, I don’t really want to go anywhere near that store to try and rescue her. I’ll just end up buying a whole bunch of overpriced hand cream, and I really don’t need that’.

‘I figure the best I can do for her now is start a new life, and be happy. I’ve found a new partner and she’s actually moving in this weekend. I bought new bedsheets, you know…out of respect to Brondra. But I’m happy, I’m moving on, I think it’s what she would have wanted’.

When our reporter asked whether he had filed a missing person report, Neagle explained: ‘You know, I very nearly did. But there was a person set up taking donations for World Vision about fifty metres before the cop shop. There really wasn’t any way to get around him’.

‘Those backpackers can be very convincing and I just didn’t want to sign up to something like that. A one-off donation maybe, but I don’t want to be locked into a direct debit thing. So I thought “let’s just leave it”. Brondra’s pretty resourceful, I’m sure she’ll craft an escape just in time for my wedding’.