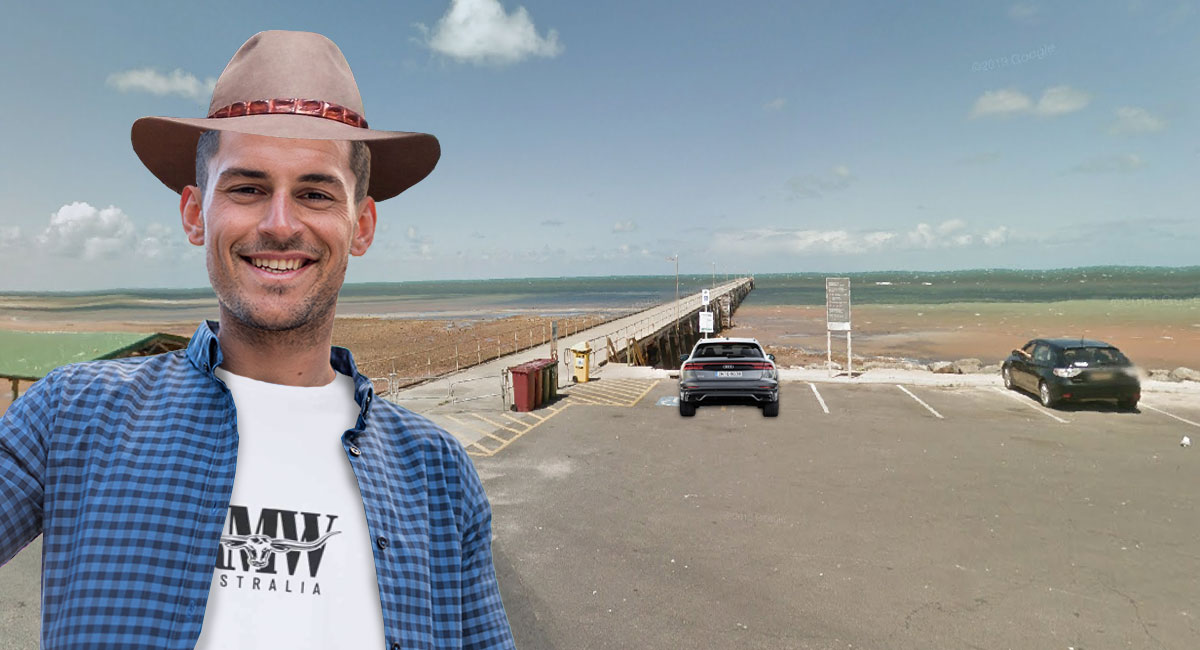 When Goodwood couple Kate and Darren Bovril decided they fancied a nice, peaceful day catching some crabs, they were convinced that they would fit in fine at just about any country South Australian jetty.

Having watched about a third of a terribly-edited and almost inaudible YouTube video on a channel called Blue Swimer Crabs SA, the couple were almost sarcastically confident and packed the car to head straight to somewhere called Ardrossan. Which, according to Google Maps was about a 2 hour drive away, if you allowed for a brief detour to the nearest BCF.

‘So I knew I’d fit right in at somewhere like Ardrossan, Kate maybe not. She’s a little bit more precious…hey, do you know if these hats go okay in direct sun, by the way? I don’t want it getting ruined’.

However, from the moment the couple parked at the jetty, they knew it wasn’t going to be quite so easy to win over the locals.

‘No SUV parking? That just makes no sense to me. The Audi Q8 is your typical bush-basher, so I don’t know why the car parks are so narrow. Just parked across two though, don’t want some bogan in a Commodore dinging our door. Yeah I’m talking about you, mate’.

While they struggled to hastily remove price tags and cable ties from the new crab nets, bait clips and buckets, a local tried to engage the couple in some friendly jetty banter.

‘None left, mate. They’ve caught ‘em all’, said one local while smirking and hoping for a bit of amiable back-and-forth.

‘What’d he say?’, Kate asked Darren. ‘Did he say they’ve caught them all? Bloody hell! See, I told you we should have just gone to Golden Boy and got the soft shell crab from there. At least I wouldn’t have had to interact with these scum buckets. Yeah I’m talking to you, mate’.