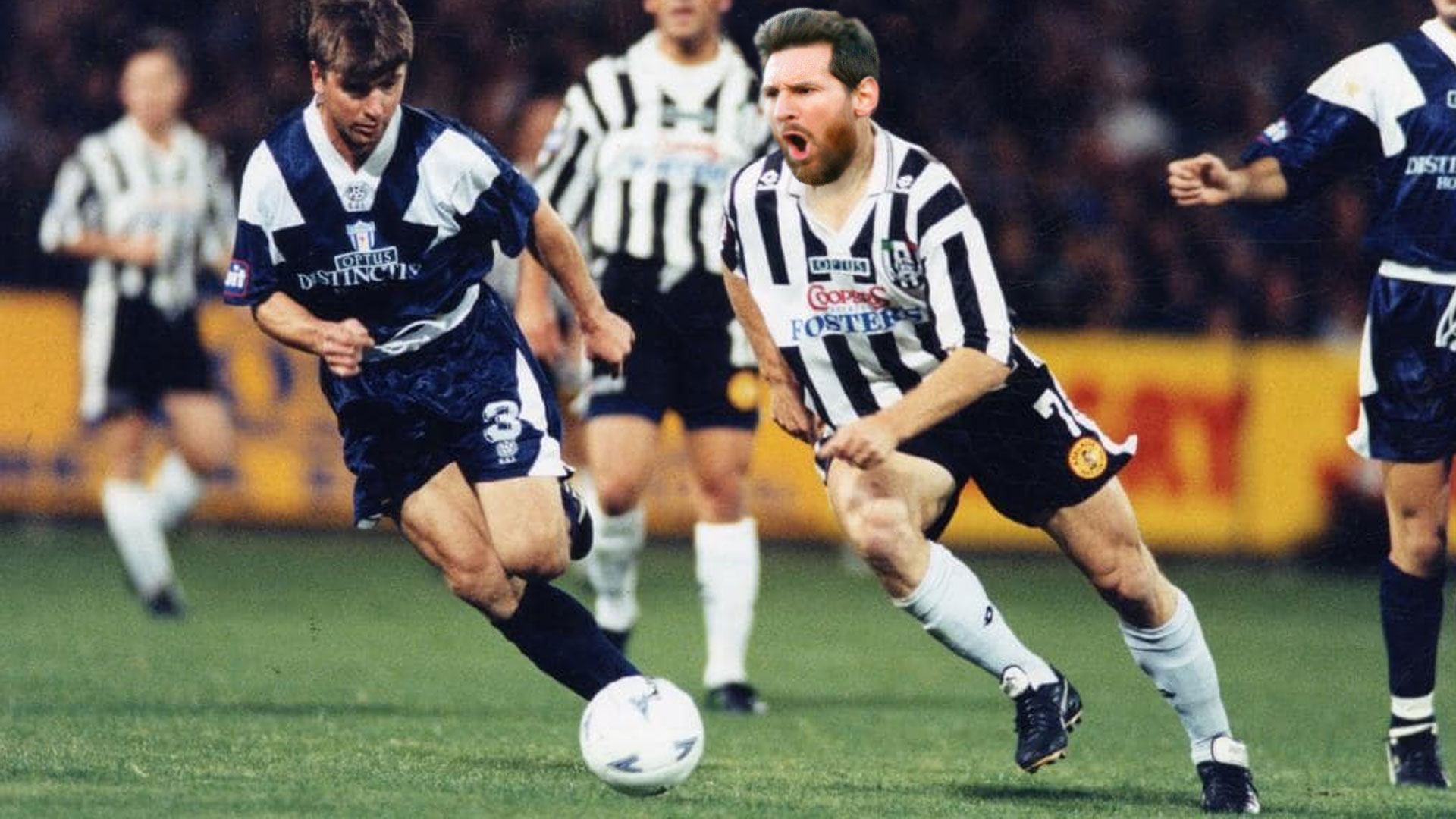 With Lionel Messi announcing his intention to leave Barcelona immediately, the world’s premiere football clubs have already thrown their hats in the ring to attempt to lure the superstar.

The former NSL powerhouse has assembled a crack team of stars to tempt Messi to Adelaide, although arch rivals West Adelaide are said to already be attempting to sabotage the deal, with Stan Lazaridis spotted sneaking into City’s change rooms before his presentation to tie his bootlaces together.

‘We’ve put together a very impressive powerpoint presentation,’ says Damian Mori, the holder of the Australian record for the fastest ever goal on a soccer field, which basically rivals the list of Messi’s achievements.

‘We didn’t think that the presentation would be necessary, it’s basically just a formality, really. I mean, why would he not want to play in front of upwards of a thousand fans screaming his name? Portions of the crowd even understand the rules of the game.’

Mori’s presentation reportedly contained nothing but a highlights reel of every Damian Mori goal throughout his time at Adelaide City. Although due to a tech issue the video failed to play, meaning that the presentation ended up being an hour of Mori recounting every goal one-by-one to Lionel Messi’s very patient manager.

‘We will have to free up a little bit of cap space and budget though. We’re pretty sure if we just tighten up our spending we can do it. It does mean, no more car parking passes, no more receptionist, hot showers, spare footballs or defenders, but we think we can make it work.’