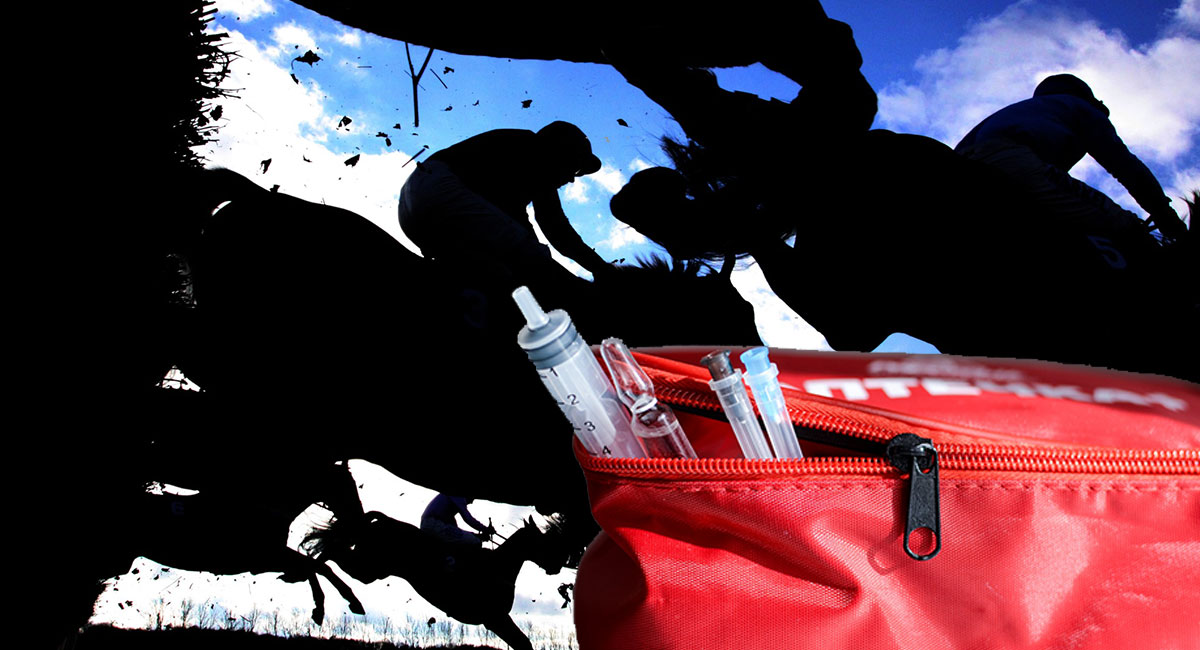 Organisers of the annual Oakbank Easter Carnival are looking at novel ways to give punters a way to enjoy all of the best bits of the carnival without flouting the rules of self-isolation.

Punters who typically enjoy the southern hemisphere’s second largest BYO-meat sausage sizzle racing carnival located in a semi-rural hillside setting are champing at the bit to see a return of the entertainment that the jumping horsies would provide.

‘Numbers have been down in recent times,’ says Oakbank’s Chief RSPCA-Ignorer Randolph von Höfle-Snack. ‘It’s tough, we haven’t had one go down since 2017. This is the drought that real Australia’s facing.’

‘It’s like going to Clipsal. Do you think that people go and watch cars race around a track to see precision driving? No! People go on the odd chance that they might see a god-awful crash on the final turn.’

Thankfully, would-be Oakbank punters will be able to re-create the Easter carnival in their own backyards this year with the release of the club’s Official At-Home Horse Euthanasia Kit.

‘Yeah, so the kit contains your steeplechase jump, trademark blue tarps, horse-sized needle and syringe and a mystery barbiturate…you have to supply your own horsie though, we’re not monsters.’

However, despite the new kit being made available exclusively through the club’s website, Höfle-Snack says that the death of horses for the entertainment of people is ‘the last thing we want to see.’