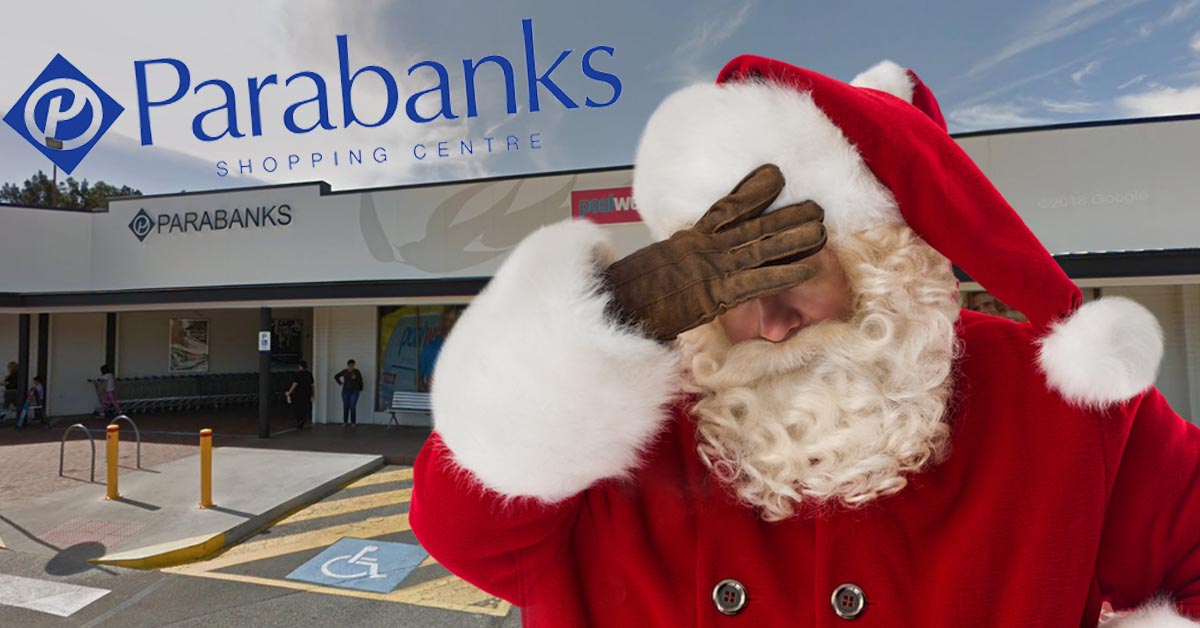 For professional shopping centre Father Christmas Claude St Velcro, it’s become a case of take what you can get.

Every year, since St Velcro reached a weight fat enough to convincingly pass as the festive figure, he has applied to work in the Magic Cave in Adelaide department store David Jones. Every year his application has been knocked back, he was hoping that this year will be different.

‘It’s just a big boys’ club’, says St Velcro about the Magic Cave’s allegedly unfair hiring practices. ‘I have done everything in my power. I was told once “you’re not fat enough to be Santa”, so I gained 170 kilos. My doctor tells me that I probably won’t make it through to next Christmas, so it was really all-or-nothing this time around’.

In fact, experts have said that Claude’s chances of making it through to the new year are low.

‘I even arranged for eight live reindeer to pull me into the interview room on a sleigh. Well…I’d have liked to, but I couldn’t get eight reindeer at such short notice. So I hired three alpacas, a clydesdale, two camels and a couple of sausage dogs. I’m going to have to point the finger of blame at the camels this year’.

‘Apparently, they never got my mum’s advice to never start off a job interview by spitting at your future employer. I thought she was crazy for telling me that every time I got off the phone from her. Apparently not’.