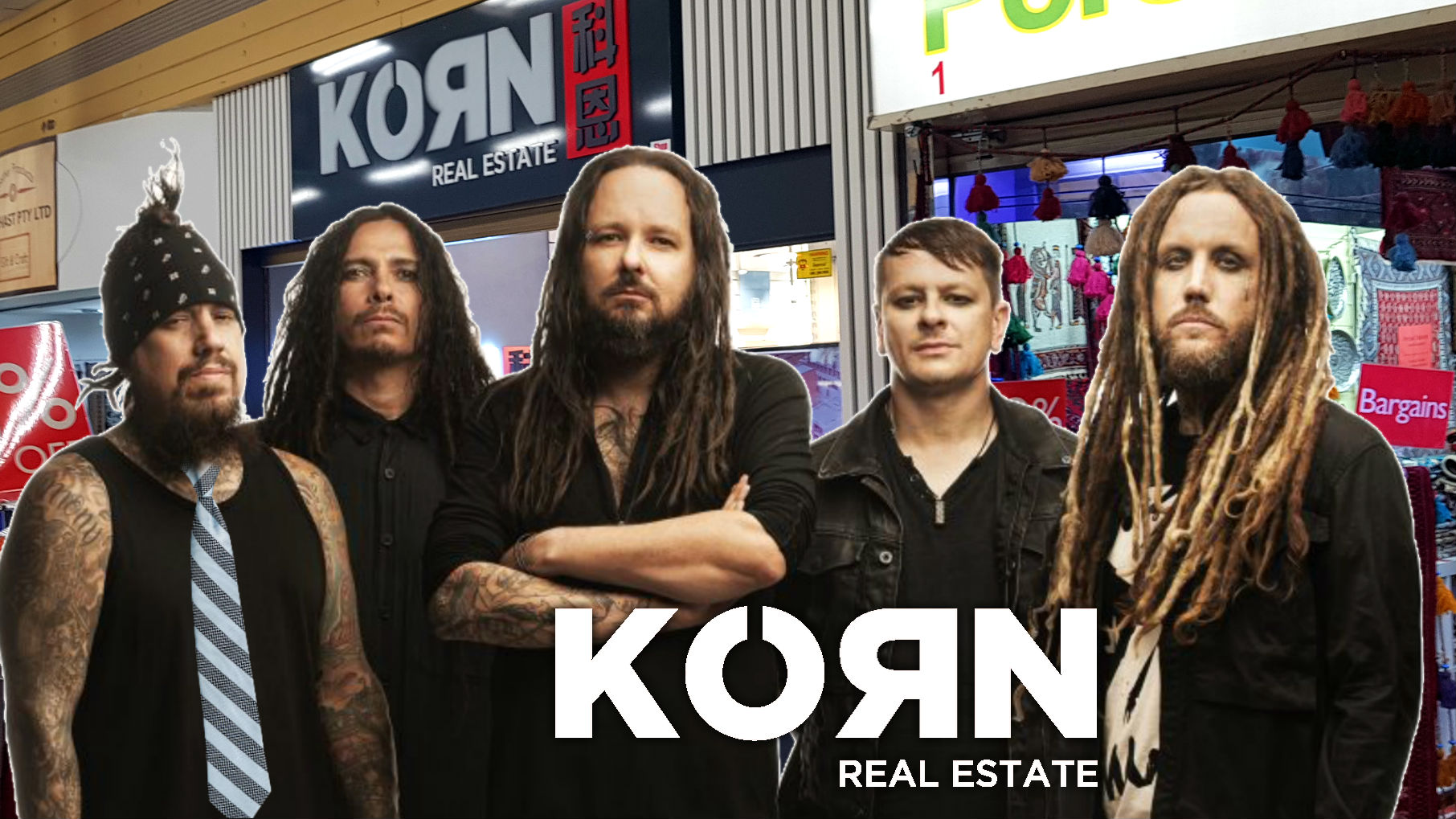 With the Adelaide Real Estate market still representing great value for investors and first home buyers, a new agency established by a surprising party. 90’s nu-metal band Korn have recognised the potential of the Adelaide Market and established their own agency.

We spoke with head of the company, Head, regarding the drastic change for the band who stated ‘Look, we’ve done a lot of touring, and recognised that the cheapest Australian mainland capital is always going to yield good potential. Which is why we promptly called it quits as a band and set up a small real estate agency in Adelaide’.

When queried about their lack of expertise in this area, bass player turned land sales specialist, Fieldy, replied ‘well we bring a lot of who we were as a band to our real estate practice, infact at Monday’s motivational sales meeting, the staff focused on the acronym “A.D.I.D.A.S”  which if course means ‘All Day I Dream About Sales’’.

Munky, rental manager, added “that’s right, if you like “Freak on a Leash” then how about this “Lease on the beach?” I got a furnished two bedroom on the Esplanade that’s certainly “Got the Life”-style a young couple may be looking for”.

When approached for comment, former vocalist Jonathan Davis just loudly rasped “Boom-na-na-nahhh-bummmm-na-na!!”. They try to keep him away from answering the phones.