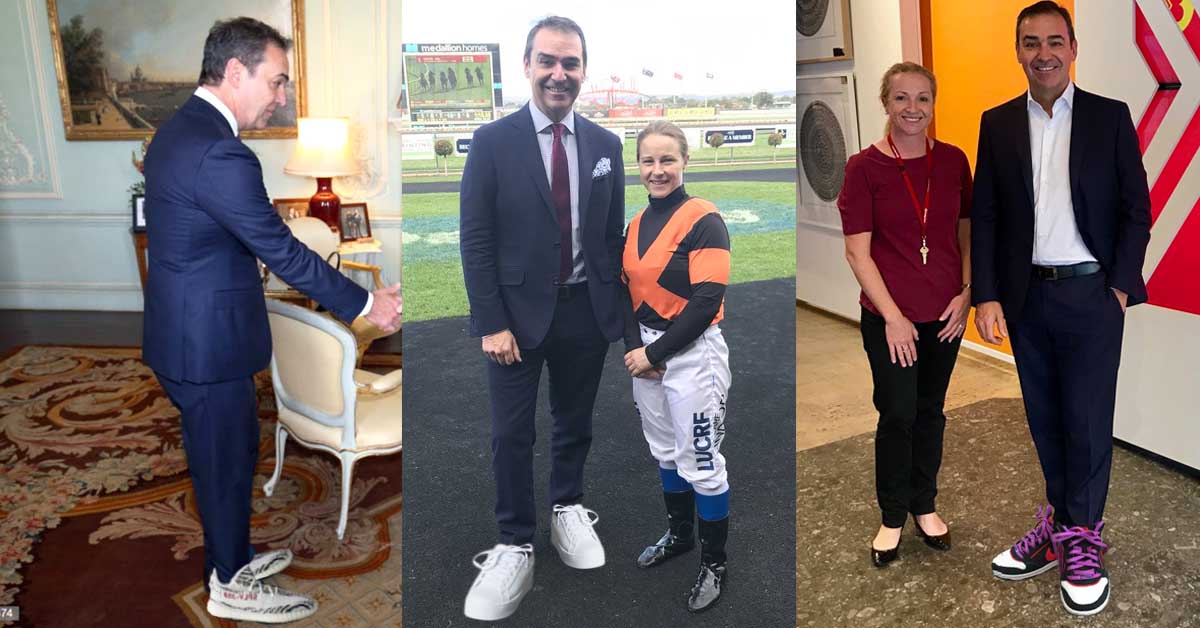 Never one to shrink from the opportunity to imitate one of his federal government counterparts, South Australian Premier Steven Marshall has taken cue from PM Scott Morrison and begun photoshopping snazzy pairs of sneakers onto photographs of himself.

In a media release, Premier Marshall noted that the photoshopping effort will create upwards of 15 new jobs for South Australians in an effort to erase all digital proof of his formerly ubiquitous black brogues.

When queried as to whether state taxpayer dollars could be better spent on something other than photoshopping new shoes on to old photographs, Marshall responded ‘we haven’t gone crazy here. You know, I haven’t photoshopped real shoes on to my feet’.

‘The Yeezys are fakes, for example. Convincing fakes, picked them up at a market in Bangkok, the photos of them, that is. And that trip was all taxpayer-funded anyway, I mean, I’m not out-of-pocket at all. Who in their right mind would pay for their own trips and their own shoes? That’s ridiculous’.