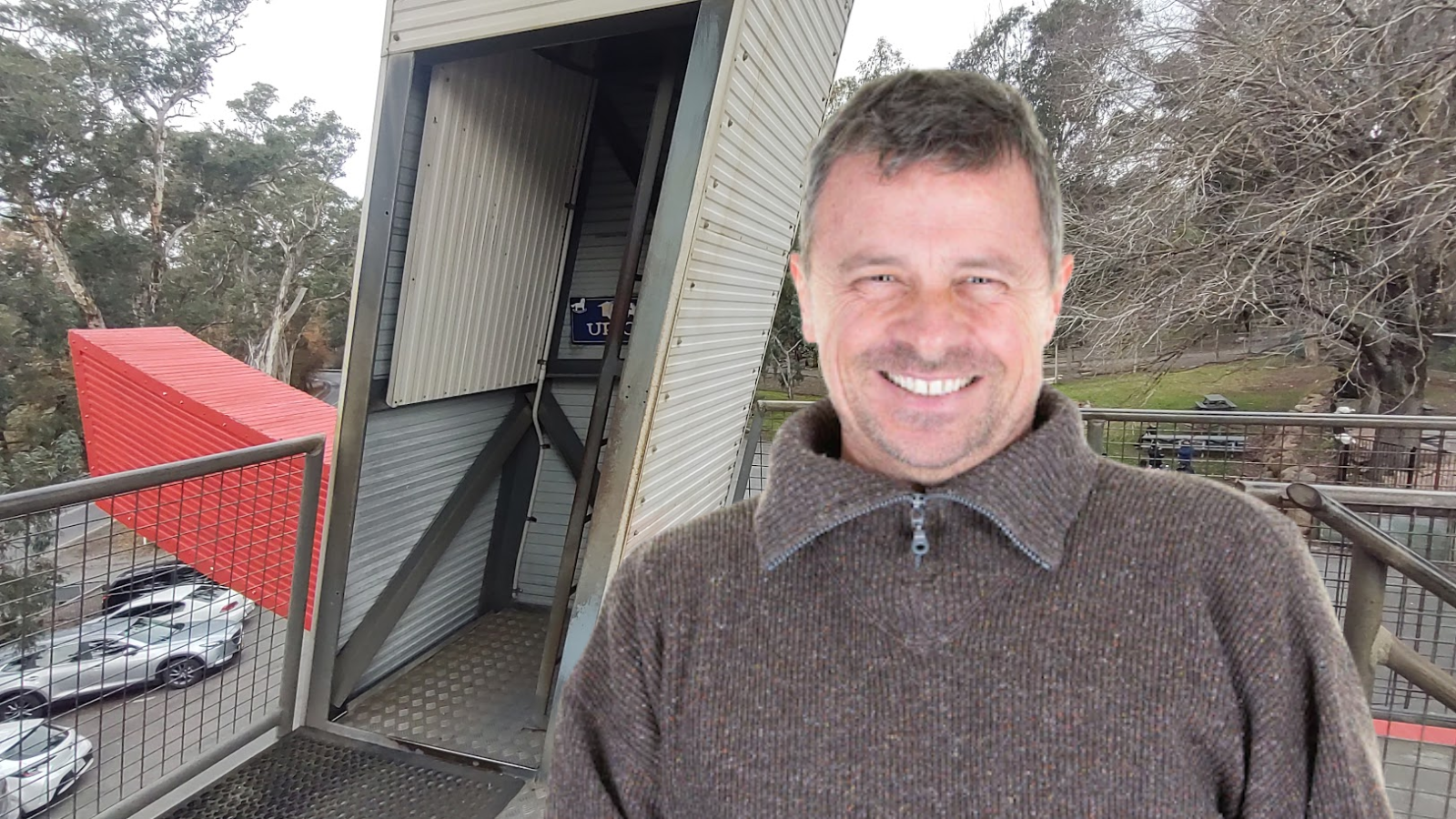 Encouraging their dad to climb with them, Don immediately became flustered.

‘Nah, you kids would have more fun climbing it without me, right?’ mumbled Don ‘I’m not scared of climbing it or anything, that’s for sure. But I’m just saying, you don’t want me to climb with you’.

Nevertheless, his kids persisted while Don maintained he wasn’t afraid. He finally caved in.

However, Don was only able to make it up the regular steps section while his children headed up the ladders.

‘It’s not the climbing, it’s the coming down that’s the real scary part’ he mentioned to three other dads waiting on the first level.

Don was then denied a certificate.