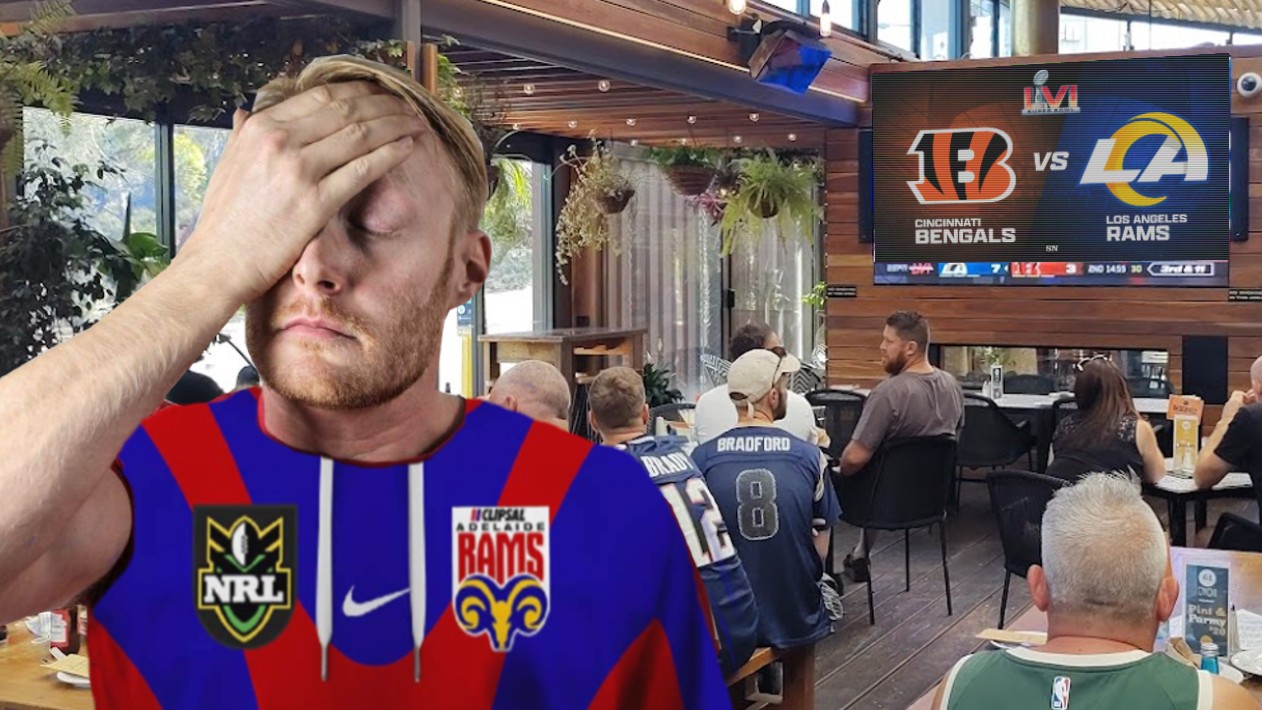 After seeing a constant stream of betting company advertisements stating that the Rams would be playing a big game this week, one of the multiple Adelaide Rams fans left in existence has been overly excited all week.

However, Con Verson of Surrey Downs has once again been let down by the Adelaide Rams, despite them folding well over a decade ago.

‘I can’t believe it’, said Con ‘I heard the Rams were playing in the Super Bowl, which I assumed was the new version of Super League, so I was heaps keen. So I put on my extremely rare but valueless Adelaide Rams jersey and headed to meet my mates at the Golden Grove Tavern, which for some reason is in Surrey Downs, which made things even more confusing’.

‘When I got there, it’s just some American football game and it’s the L.A. Rams that are playing. LA kind of sounds like Adelaide, I guess, but it’s just not the same’.

After we asked him if he ever thought the Adelaide Rams rugby team would make a come back, he spent a good twenty-five minutes explaining why it’s not called Rugby, but it still is. Sounds awful, we can understand why it failed.