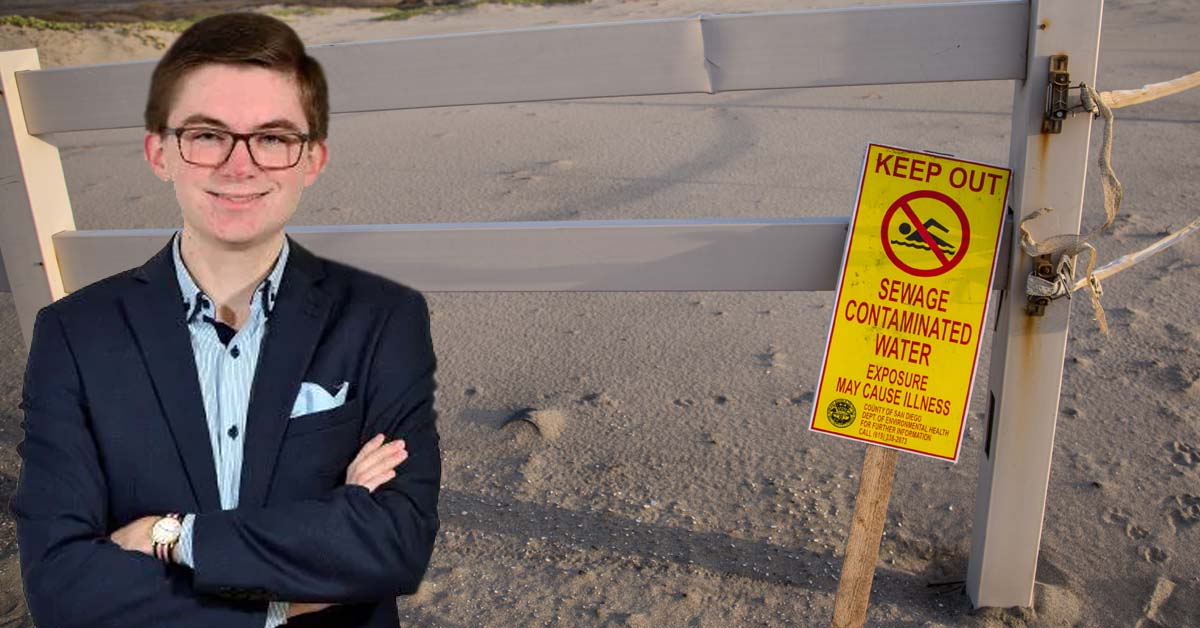 A break-in at the Christies Beach sewage treatment plant has seen the nearby beach closed for a stretch of 200 metres after vandals released rejected article pitches from conservative youth sensation Caleb Bond.

Initial investigations indicate that a valve had been intentionally opened at the plant, seeing Bond’s rejected opinion pieces spew into the Gulf St Vincent.

SAPOL are investigating the incident and have admitted that they are baffled as to why anybody would choose to break into a sewage treatment plant, let alone one that is home to the treatment of works from the winner of Australia’s Most Young Liberal 2000-2015.

Acting Assistant Deputy Vice Commissioner Johnson O’Shaughnessy told Adelaide Mail ‘at this stage we’re investigating all possible avenues. We have previously responded to reports from staff about Mr Bond. Police have found him, on occasion, wading through the sludge to fish out old articles of his, weeping, while shouting “why have you forsaken me, Andrew Bolt?”’.

‘But we’re certainly not suggesting that Mr Bond would ever cause this level of damage to the environment as a vanity project. We have worked with The Advertiser to ensure that Mr Bond’s sludge is restricted to within the online and print editions of the News Corp satirical newspaper. Any departure from this is not only outside of our legal agreement but also puts residents at great risk’.

Auditors from the EPA are still conducting tests of the contaminated water, however, with such articles as “The best young people are baby boomers” and “Why racist cartoons are actually good for minorities” there is little hope that the complete swimming ban will be lifted in the foreseeable future.

One journalist at satirical newspaper The Advertiser told Adelaide Mail ‘I’m shocked by all this. As far as I could tell, nothing of Caleb Bond’s was ever rejected. I thought it was just a case of “open your mouth and print whatever falls out”’.