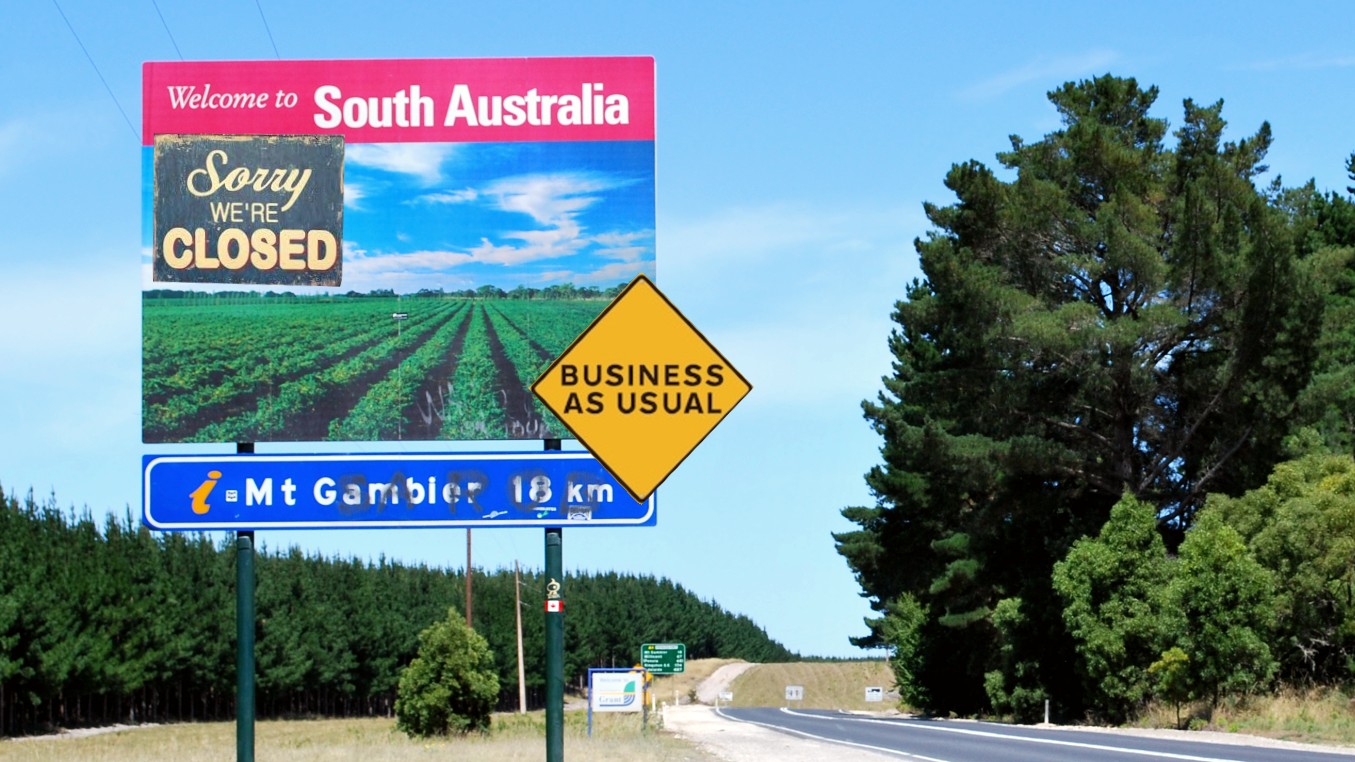 From 4pm today South Australia will close its borders to all non-essential visitors in response to the spread of COVID-19.

However, with our festival season wrapped up, major sporting and music events finished, and the postponement of our Annual “Loudest Open Mouth Cough Competition”, it seems that it is simply “business as usual” to expect no tourists to South Australia at this time of the year.

It seems the State is very well prepared for this action, as South Australia has only recorded eighteen tourists to the state between April and October over the past decade. Most of those were Greater Western Sydney cheer-squad members who came over to watch a game, the rest were sent here on mystery flights, or visiting just to see The Giant Scotsman at Scotty’s Motel.

Seriously, who’s coming here for anything outside of March or December?

The Premier has stated that ‘Closing the borders has been a necessary precaution to take, and will be much easier for South Australia than most other States, because after the Fringe Festival we like to just go into hibernation for a bit anyway. We shouldn’t need anyone patrolling the borders, the likelihood of someone coming here to do something is very low. Just like every other year’.

Adelaide Mail spoke with Director of South Australian Borders, Rita Novel, who stated ‘Yeah, we closed Borders years ago, just wasn’t profitable with the rise of eBooks. I have a couple of used copies of Bill Cosby’s “Fatherhood” on Amazon if you’re looking for something to read while in isolation’.

We don’t know how to read.