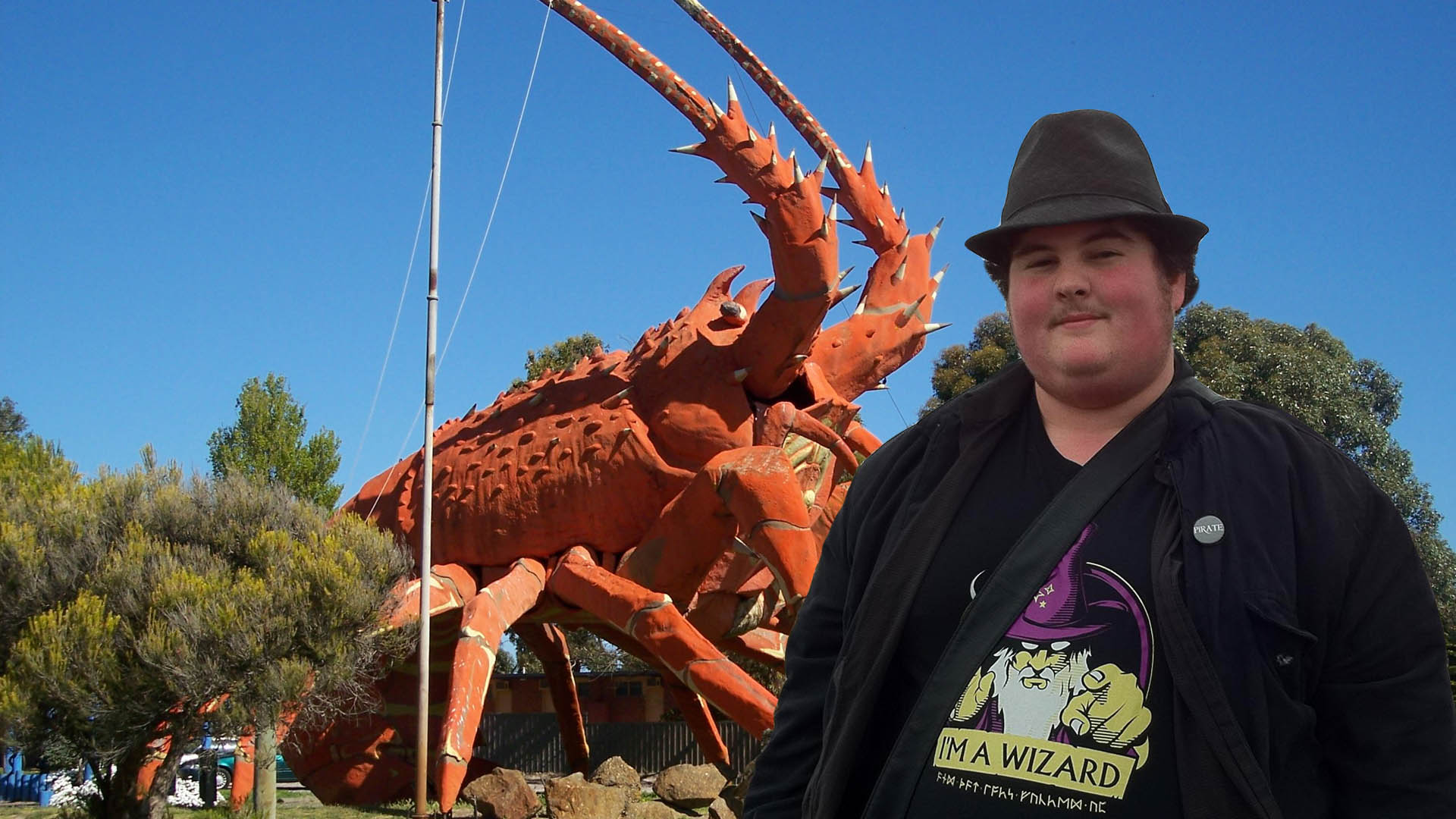 Throngs of twenty-something men adorned with bearded necks and armed with copies of the house-cleaning manual 12 Rules For Life have descended on the South Australian town of Kingston S.E. having mistaken an enormous fibreglass lobster for their hero Jordan Peterson.

‘We’re here because we’re sick of being told what we’re allowed and not allowed to think and say as men,’ Jarryd Murnaghan told us, answering questions that we never asked in the first place. I mean, we weren’t even there for an interview, we just wanted to use the toilet on the drive back from Robe.

‘What about our rights?’ Jarryd said, more corralling than asking.

‘I tell you who is having their rights eroded more quickly than any other so-called minority, us. White men. But we never hear that from you social justice warriors in the fake news media.’

We wanted to interrupt Jarryd and tell him that we were knowingly part of the fake news media, in its most literal sense. But his uninterruptible diatribe coupled with the fact that we invented him as a caricature of Jordan Peterson fans made this difficult.

‘…that’s why Dave Chappelle is being persecuted for telling the truth,’ Murnaghan apparently continued. ‘What? So you can’t call a woman a woman any more? Is that it. I’m sorry, but if you have a penis, you’re a man.

‘Does that upset you? Of course it does, because you’re just here to misrepresent Dr. Peterson again, aren’t you? We read your piece about him apparently saying that men should be able to control women. That’s not what he meant. You can’t just publish direct quotes that he said in his YouTube videos to make an argument against him. You’re misrepresenting him.’

He followed us into the toilet to tell us about how it’s funny that people only ever want gender quotas to help women, not men.

We escaped from the window above the toilet and briskly walked back to the Adelaide Mail company car (an old Black Thunder we nicked when Runaround Sue was busy throwing out old Take 5 magazines to a bunch of twelve-year-olds).