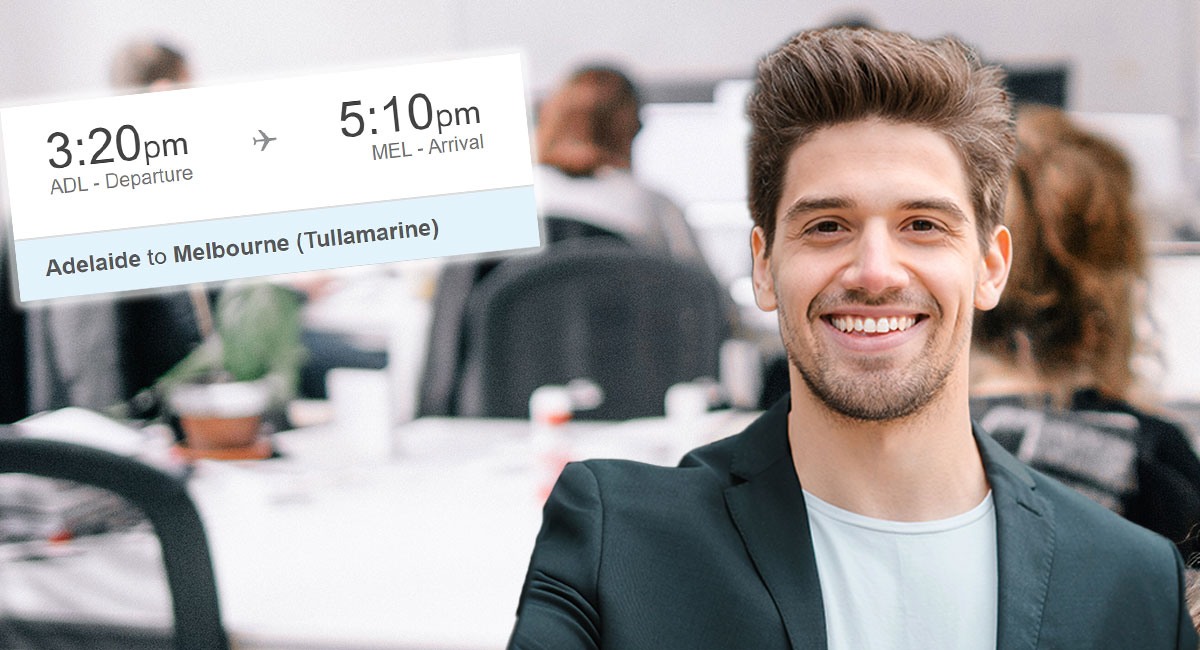 Following this morning’s ‘emergency meeting’ of the Management, Leadership and Everybody Except Jason Team, the office’s most annoying staff, Jason, is being sent on a special assignment to Victoria late on Tuesday afternoon.

The marketing coordinator, who is known around the office as ‘that guy who always bugs me to be in the footy tips every year’ has been given a USB drive with three Word documents to transport to Melbourne.

The total size of the files is 216 kilobytes, however, Jason was told that the files could only be safely delivered by hand.

‘I never get to be involved with anything like this. The MLEEJ team came out of their little meeting this morning and said that they’ve got a very important job for me to undertake. And they want me to be the man for the job! Me! They still wouldn’t tell me what MLEEJ stands for, though.’

‘Can you believe it? After twelve years I think I’ve cracked them, I’ve finally been accepted by the team. Next step is getting a key to the boardroom where they hold Friday night drinks.’

‘They told me that you have to be working here for at least 10 years before you get an invitation to Friday night drinks, but I still haven’t heard back. As far as I know, only old Terry and Greg the cleaner have been here for long enough. Still they sound like they have a hell of a time every Friday. They make the noise of about 30 people, too! Man, I’d sure love to party on a Friday night with Terry and Greg.’

‘I don’t know where everyone else goes on a Friday arvo, though. Must knock off early, lazy sods. Can’t make friends if you’re not even in the office…idiots.’

Jason will leave on a flight to Melbourne no earlier than 3:20pm on Tuesday afternoon.