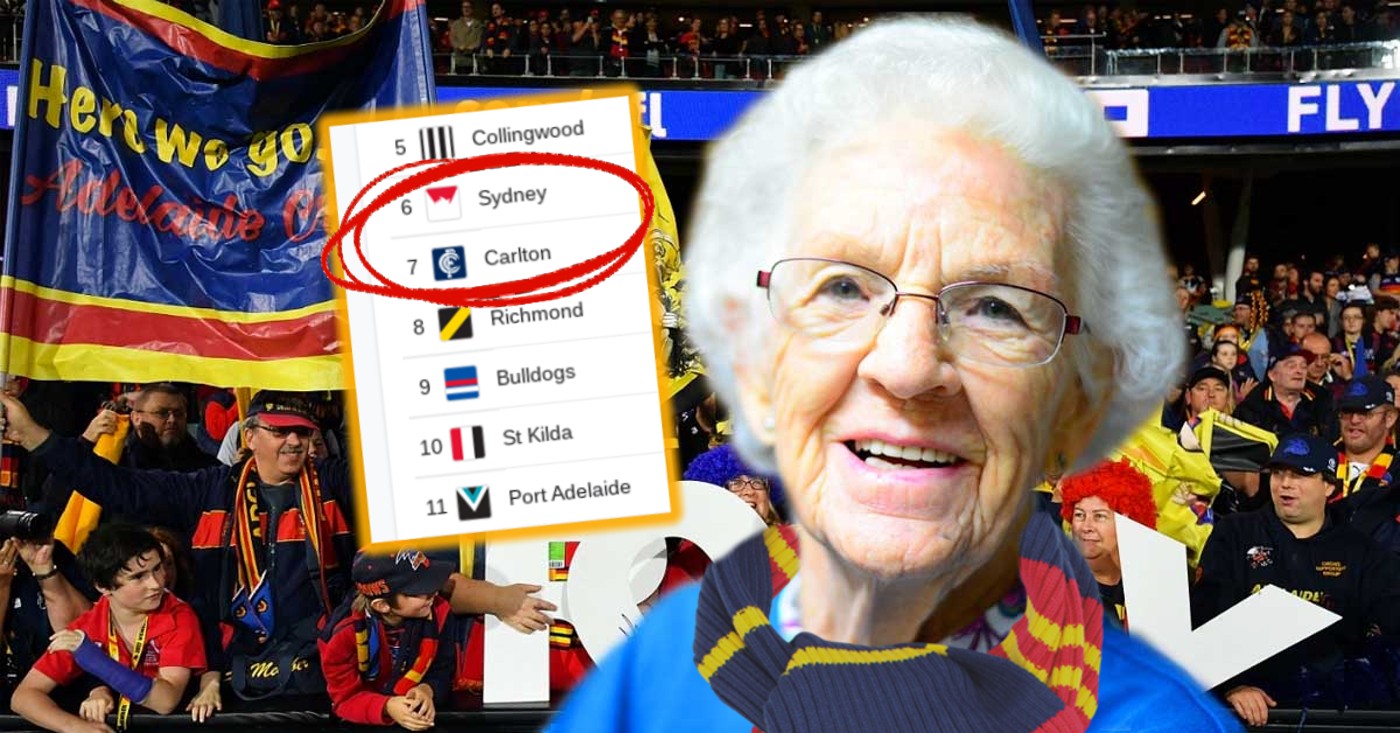 Seventy eight year old Karen DeKrowes has been a passionate Adelaide Crows Junior Member for many years, but is now secretly hoping for some losses towards the end of the season for no other reason than keeping Port Power out of the finals.

‘We had a great narrow loss last week against Collingwood’ Karen told Adelaide Mail reporters without looking up from her knitting ‘Very strategic as that will help keep the Power out of the eight’.

‘The next games against Sydney and Carlton are very important’ continued Karen trying to be heard over the rattling of the many badges featuring Crows players’ names and headshots pinned to her jacket ‘It’s not tanking, it’s about playing strategy to keep the Power out of the finals’.

‘Hopefully we lose the next two games. If we don’t, it’ll definitely be the umpires’ fault’.

‘Remember how the Power thought they were going to be a top 4 side this year?’ cackled Karen, almost falling off her tri-coloured home made seat cushion.

When asked what she thought about the final round Showdown, Karen stated ‘Yes, even if we have to lose that one to keep them out of the finals, I think we should’.