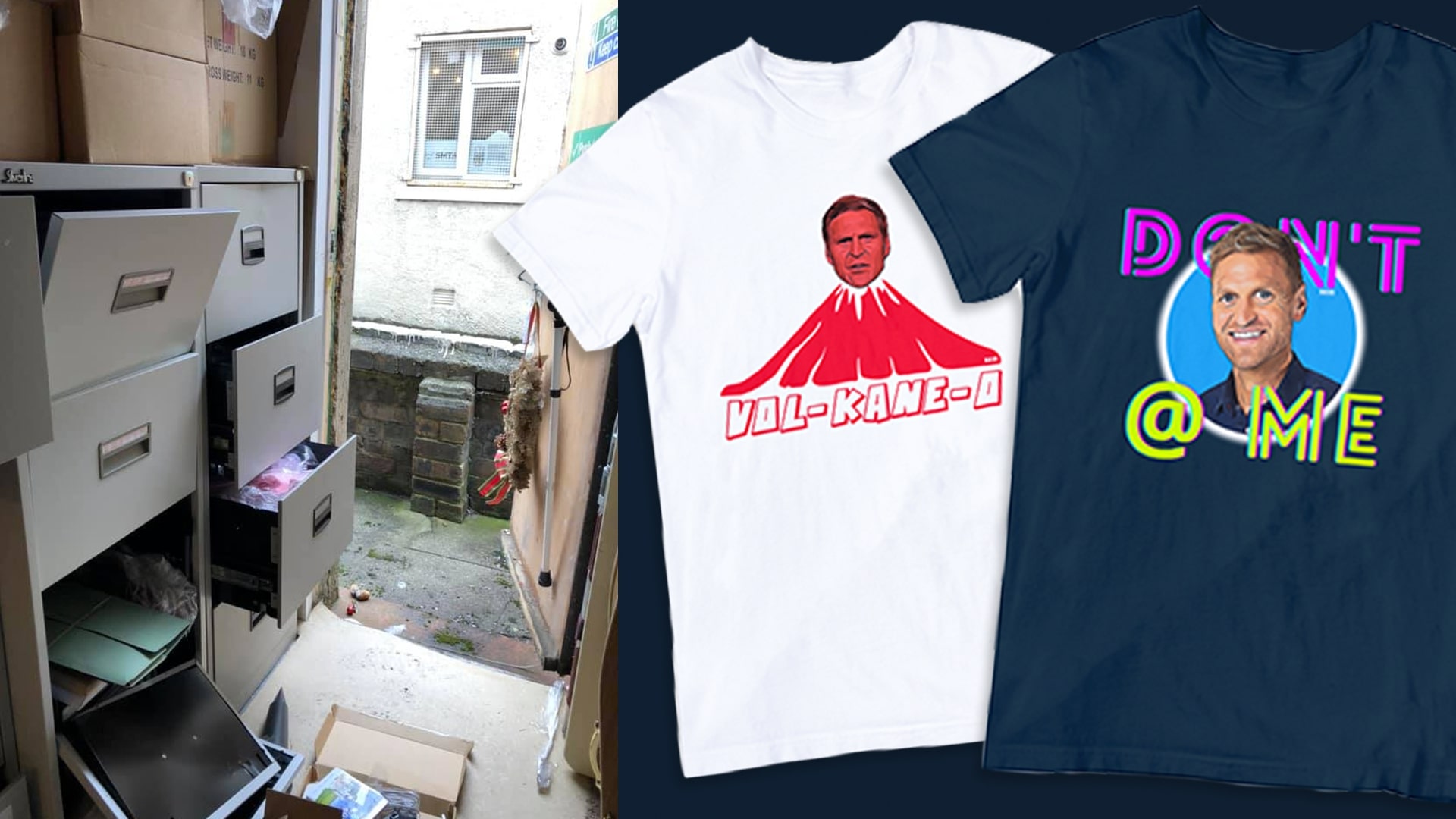 Winners of Australia’s Narrowest Broadcast Area Award two years running, SEN SA have released their very own range of clothing, adorned with faces of such on-air talent as the ever-wrinkly Kane Cornes.

The gag — along with several thousand O-Bahn puns, a calendar featuring the many moods of Caleb Bond (all of which irritable) and those three episodes of a podcast that Adelaide Mail apparently thought was a good idea at one point — was stuffed into a filing cabinet and locked away four weeks ago. Well, we say “locked away”, what we really mean is that we made our intern guard the filing cabinet for 23.5 hours each day to make sure nobody tries to steal from our rainy day inventory of jokes.

With Adelaide Mail in a seemingly endless stretch of rainy days, editors of the publication were forced to look to the rainy day inventory so that we could massage our fragile egos with “engagement” of our content for another week. Upon inspection, the editors were shocked to find a completely empty filing cabinet and a very seriously injured intern who had apparently prioritised sleeping, and then bleeding, over protecting our precious golden nuggets of South Australian observations.

Furious and a little panicked, the editors attempted to grab the intern by his arms in a bid to shake him awake and find out who was behind the theft. However, the malnourished media student offered very little flesh to grab at reminding the publication’s editors that they should seek a portlier intern on the next intake round.

Staff were ready to shut down the entire operation (and tell the State O-Bahn Authority that they would have to find a new bunch of highly-paid ambassadors to run their propaganda shill operation) when our intern regained consciousness and offered something of value for the first time in his employed existence.

While trying to open his eyes into the office’s fluorescent lighting, the intern found the strength to croak one word: ‘Hutchy’.

In unrelated news, Crocmedia has moved into the lucrative hyper-local satirical news game, launching a new website that solely publishes content about how many servos there are along North East Road. It’s very funny.