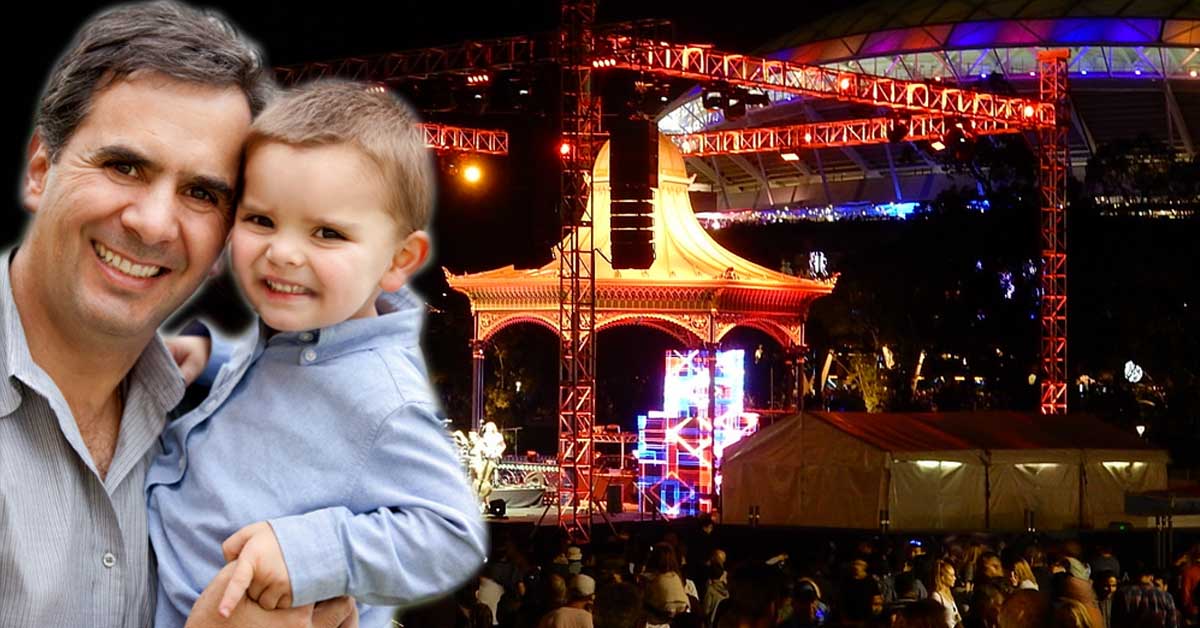 Following intensive rallying by his two sons calling for a new year’s eve trip to Sydney, Walton Erudite has made the explosive claim that Torrens Lake and Adelaide’s fireworks display are just as beautiful and impressive as the Harbour City’s.

Erudite’s two sons have been pushing for a new year’s holiday to Sydney, mainly in a bid to save themselves from another year of ABC’s Charlie Pickering-heavy coverage.

The comment made to his children is the latest in a string of outlandish claims about Adelaide’s standing on the world stage, a standard tactic to fend off the would-be cost of unaffordable family holidays.

Recently, when being pushed for a family trip to New York, Erudite responded that ‘the Rundle Lantern is just as impressive as Times Square, I’d say even better’.

A trip to Machu Picchu was warded off by claiming that ‘Port Adelaide’s historic buildings are actually older than those Peruvian ruins, and I heard that the Birkenhead Bridge might be voted in as one of the seven wonders of the world’.

Perhaps most boldly, when Erudite’s whole family pushed for a hiking trip to Everest base camp, Walton responded ‘what’s wrong with Anstey Hill? Have you done Anstey’s in thongs? Now that’s a bloody challenge worth pursuing!’