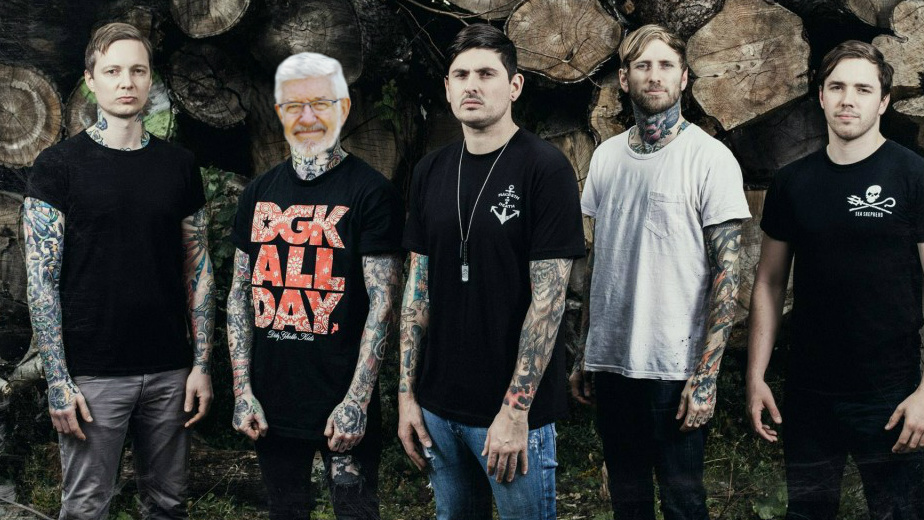 In a bold new move by Adelaide’s metalcore kings I Killed The Prom Queen, the announcement of veteran radio broadcaster and Postcards host Keith “Conlon has come as a shock to many, but not the man himself.

‘Yes, traditionally I have dabbled in jazz’, said Keith ‘but I’ve always been a metalhead at heart. I frequently wanted to spin some Parkway Drive or Pantera when I was on 5AA breakfast, but Jane Reilly wouldn’t let me’.

I Killed The Prom Queen guitarist Jona Weinhofen stated that he knows Keith will be a perfect fit for the band. ‘I saw him doing some jazz drumming on the rotunda pageant float one year, and I just knew that this badass could really throwdown for us. Just have to change the drum brushes for sticks and get him a double-kick pedal and we’ll be set’.

Keith is reportedly overjoyed at the invite to join the band, and intends to fully embrace the melodic metalcore look. ‘As soon as I got the call-up I rushed out and got some full sleeve tattoos done, I started running out of ideas of what to get by the time they got to my left forearm, so I guess I’m stuck with this Jon Blake portrait until I can think of a cover up’.