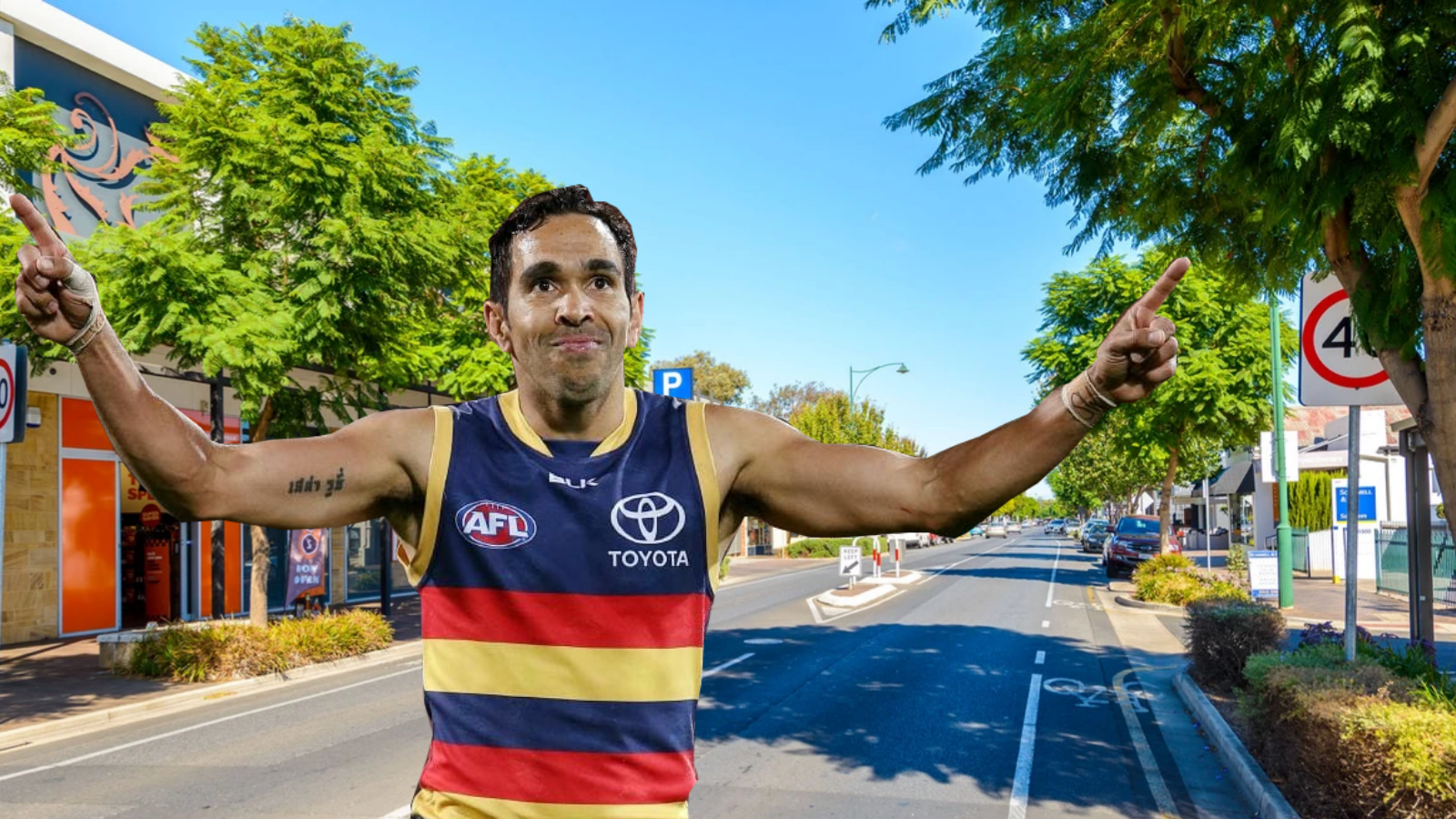 Despite being neither walkable or anything to do with the disgraced Taylor Walker, the suburb of Walkerville is to be renamed Eddiebettsville in a tribute to our favourite player, the recently retired Eddie Betts.

It’s believed the renaming has occurred because Eddie is a much beloved player and person from all sections of South Australian society. Officially however, it’s because Walkerville is a small impossible pocket of Adelaide no-one can find, escape from, or score from. A fitting place to named after the only player who could do the impossible, time and time again, to the applause of all. Plus, Adelaide Crows fans love to hold on to some of that former glory.

Eddie Betts was the only person to attend the former Walkerville Town Hall to receive his key to the newly named city yesterday, as everyone else was lost in Nailsworth or St Peters despite having Google Maps..

Eddy Betts is a 3 time all Australian Player, 6 time leading goal scorer and 4 time goal of the year winner. He is also the only person without inherited wealth to set foot in this part of Adelaide since someone accidentally came down from the Maccas on Main North Road in 2008, reportedly looking for Prospect Oval.