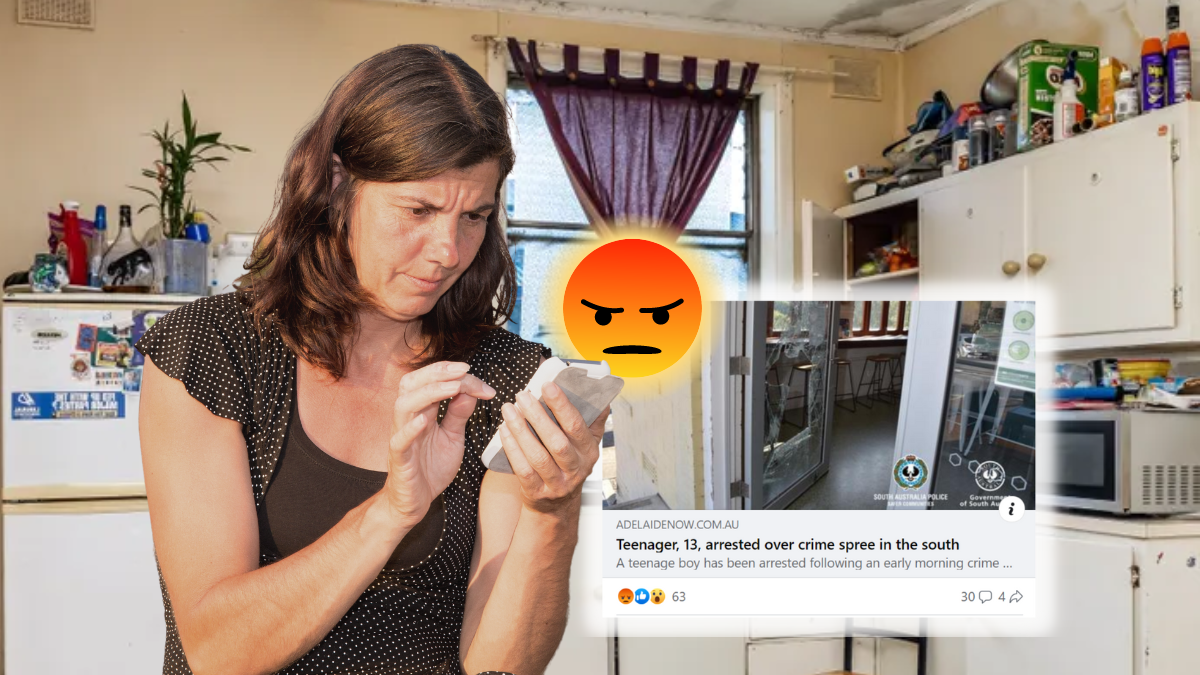 Constantly outraged Fay Sprooke of Evanston has once again spent a great deal of her day getting all high and mighty on social media and also some narcotics.

Her continual commenting, which can only be described as “almost sensical”, on multiple South Australian news services’ posts clearly takes up a great deal of time, but at least she can point out that there may be some worse parents than her out there.

On yet another story about a group of teenagers doing sketchy shit around Blair Athol (it’s almost always Blair Athol, btw), Fay has used up a great deal of brain capacity to type “wear are there parents ?,” despite the high probability that at least one of her children my currently be involved in this incident due to her ongoing lack of supervision and self-awareness.

“Discussing ., if i was there mum they wouldn act like that cos im not a fraid to SMACK my kids HARD!!, lock them away and there parents to” read another one of her comments, gaining several hundred likes on The Advertiser Facebook page.

When asked about the whereabouts of her own children late on a school night, Fay insisted that her boys Jaylend, Jayxin and Jaxeylend aged between 10 and 15 are good boys, despite her constant fighting with them on the rare occasions they’re home.

‘There no angles’, Fay told us, somehow even speaking with incorrect grammar ‘but cos I had the guts to disciplin them right they wouldn be out there making trouble…again. But that last time was just they got drawn in by the wrong crowd of one other younger boy’.

Fay then excused herself because for some reason the Port Adelaide Police Station rudely kept calling her phone while she was trying to write a comment about teachers’ industrial action.