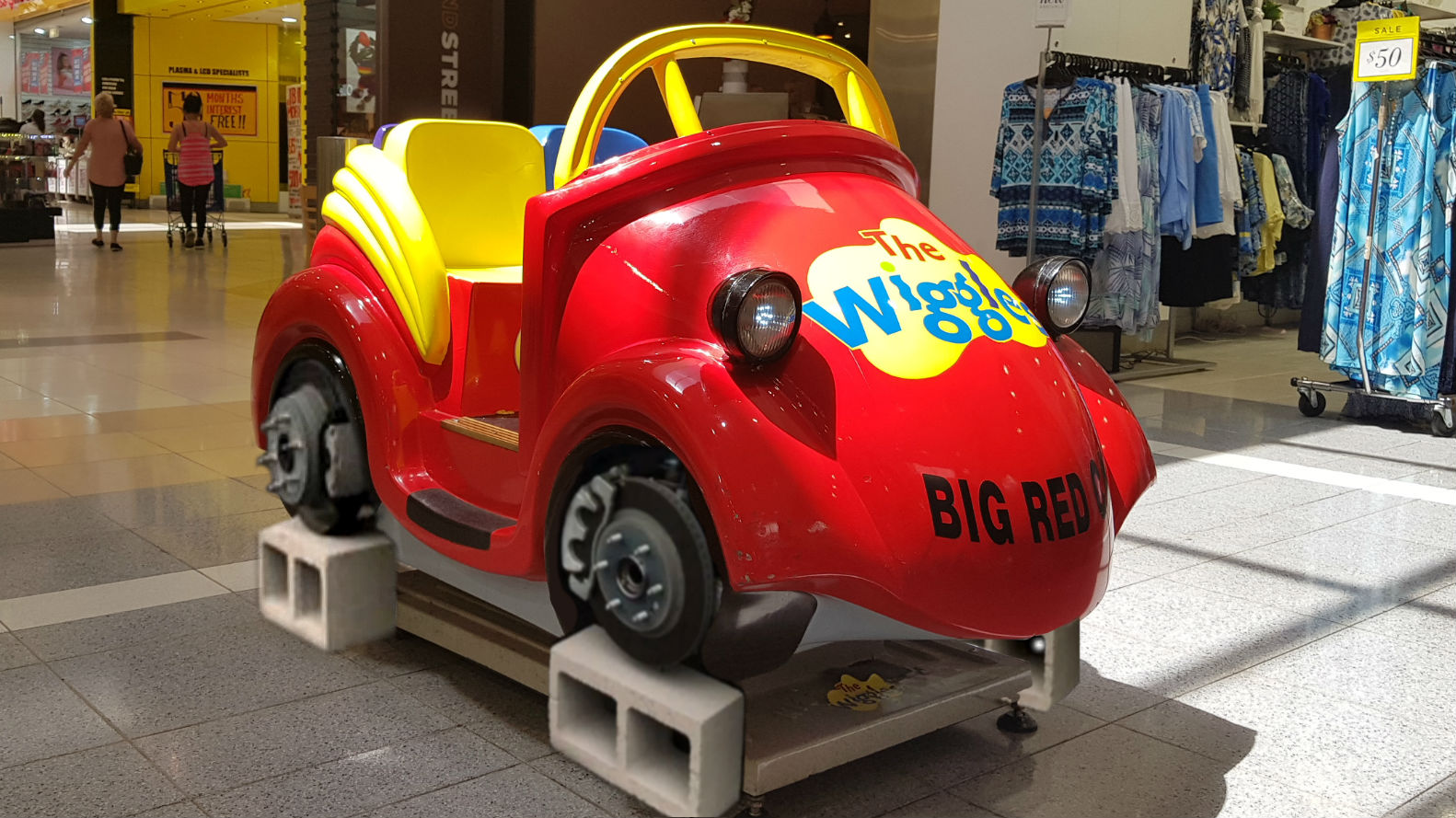 Disappointed children and slightly relieved parents have arrived at Elizabeth Shopping Centre to find the multi-coloured mag wheels stolen from The Wiggle’s Big Red Car ride. In what has been described as a reflection of the ongoing crime wave throughout the region, and a ‘Wheelie Nasty Theft‘ by “journalists” at satirical newspaper/click-bait pun headline purveyor The Advertiser, police have undertaken preliminary investigations.

Reports state that a Wiggle was meant to be watching the car whilst the theft occured, however The Wiggles would neither confirm or deny that Purple Wiggle, Lachy, had fallen asleep at the wheel during his shift.

SA Police have stated the prime suspect is Elizabeth local, and well known thief, Captain Feathersword. Although security camera vision is yet to be released, witnesses state that Feathersword was spotted waiting outside the Cash Converters on Elizabeth Way early this morning, and was later seen in the Rose & Crown pokie room where he got the feature on the ‘Pirate Rose’ pokie machine.

This witness statement is being treated with caution as everyone knows it’s really hard to get free spins on that machine. Everyone knows that for your best chances at a decent feature, 2 cents per line on ‘Where’s the Gold?’ just after someone else has got off the machine provides you with much better odds.