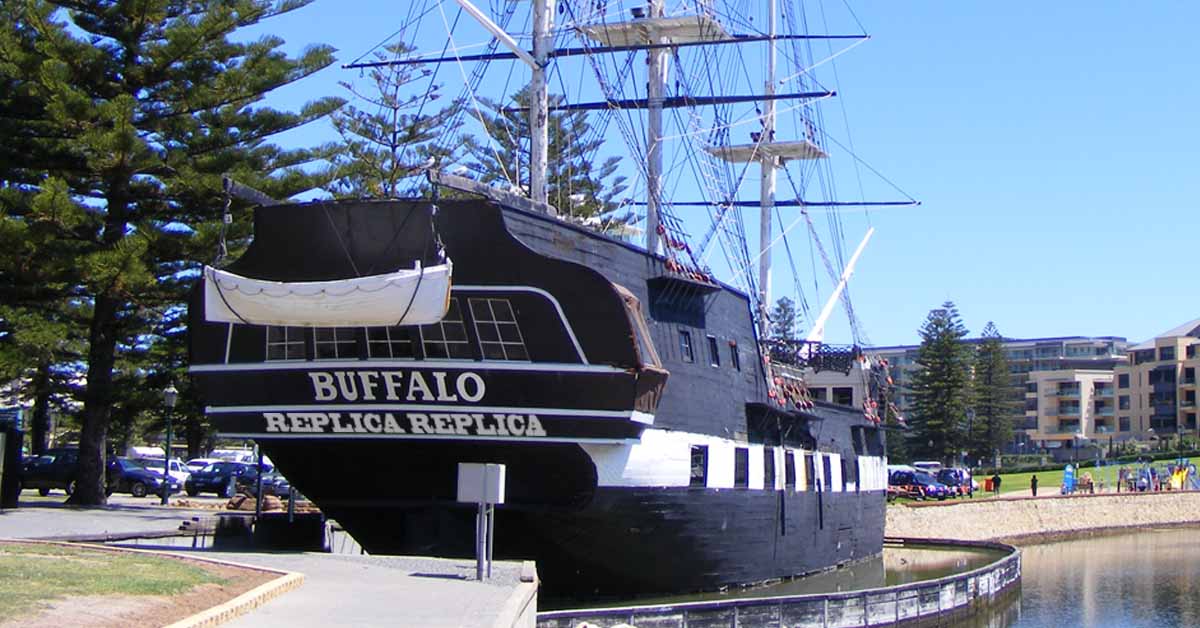 Just hours after it was announced that Glenelg’s landmark Buffalo restaurant would be demolished due to its state of disrepair, plans have been made public for a replica of the replica ship to be built on the banks of the Patawalonga.

The original replica Buffalo restaurant was built as a tribute to a 19th Century Royal Navy ship. Half-frozen onion rings and seafood extender salad would be served as a fitting reminder of the two lives lost when the original Buffalo met its fate off the coast of New Zealand in 1840.

Epsom Goldcock from the Buffalo Preservers and Parakeet Fanciers Association told the Adelaide Mail that the replica replica’s design will perfectly replicate the existing replica on the same site that it currently stands.

‘Work will begin almost immediately once the original replica has been demolished’, Goldcock told Adelaide Mail. ‘The moment that demolishers are off-site, we’ll move in to build a new Buffalo and it’s going to be a perfect re-creation of the current restaurant. Right down to the rotting wood and the white ant infestation. Everything will be exactly the same’.

When questioned about the longevity of re-creating a failed business with a new structure built to be in a state of disrepair immediately, Goldcock responded ‘nah, see we’ve future-proofed it. This is what we’re gunna build once the Buffalo replica replica is demolished. Say hello to the HMS Buffalo Replica Replica Replica’.