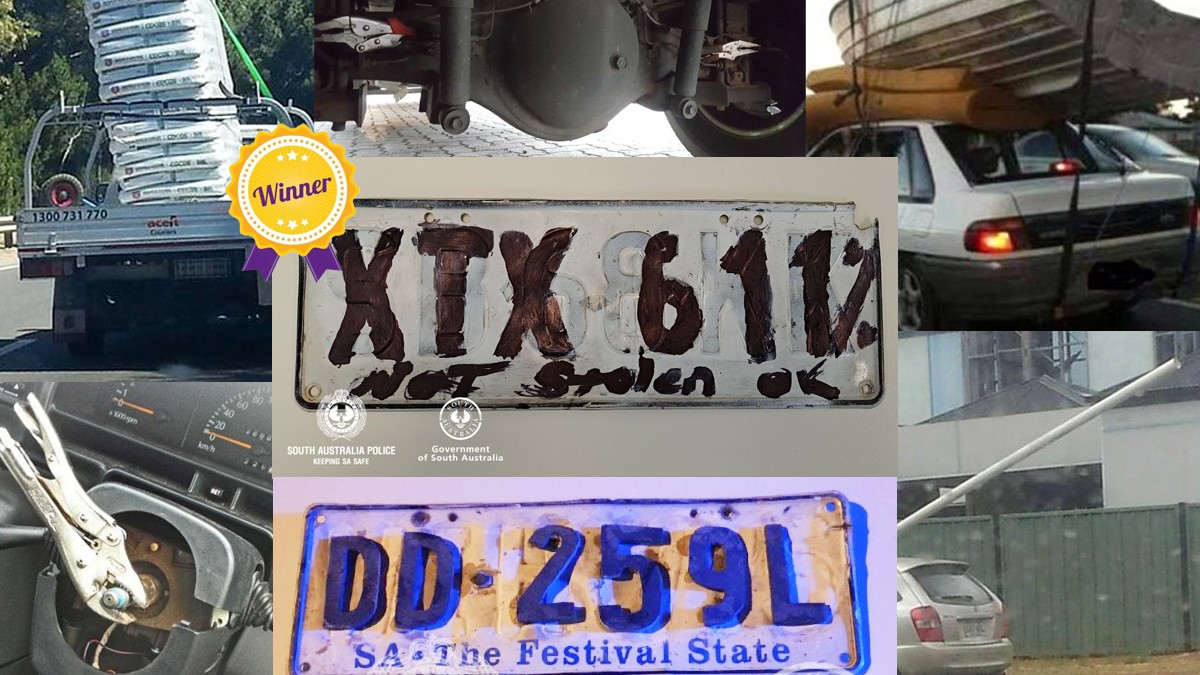 A lucky SAPOL officer has scooped the pool at the weekly office sweep after correctly guessing that a
motorist would be busted with obviously fake number plates, twice!

‘I just happened to pick the right horse, and my god did these blokes deliver. Did you see these plates? Like a Picasso – no, better – that is art my friend’.

‘Of course, they were disqualified, and the cars unregistered and uninsured – the whole trifecta!’

Our reporter queried how often the officer was able to pick the winning traffic offense.

‘It’s been a while since I’ve had a win, the last few weeks I’ve put down ‘driving a car fitted with a
steering wheel that is not actually a proper steering wheel’ but that one hasn’t come up for a while’.

‘Last week Rich nailed it with “roll of carpet sticking out both sides of sedan” and the week before
Billy had a big win with “Camry badly overloaded with bags of cement leaving Bunnings”. I reckon
next week I might go with “AU Falcon towing obviously overloaded car trailer” for the win’.

Other popular pics reportedly also include “Motorist drives on O-Bahn”, “Meth-head trucker with no brakes”, “bloke holding onto something unrestrained on the roof” and “Old mate blows 0.35 or over”‘ replied the constable.

‘For real though, if every South Australian could actually ensure that their vehicle is in a safe and
roadworthy condition, that’d be great’.

Our reporter thanked the officers for their time and walked to his car, being sure to drive away
slowly and without attracting attention, as he was pretty sure his back tyres are bald and his last rego payment had bounced.