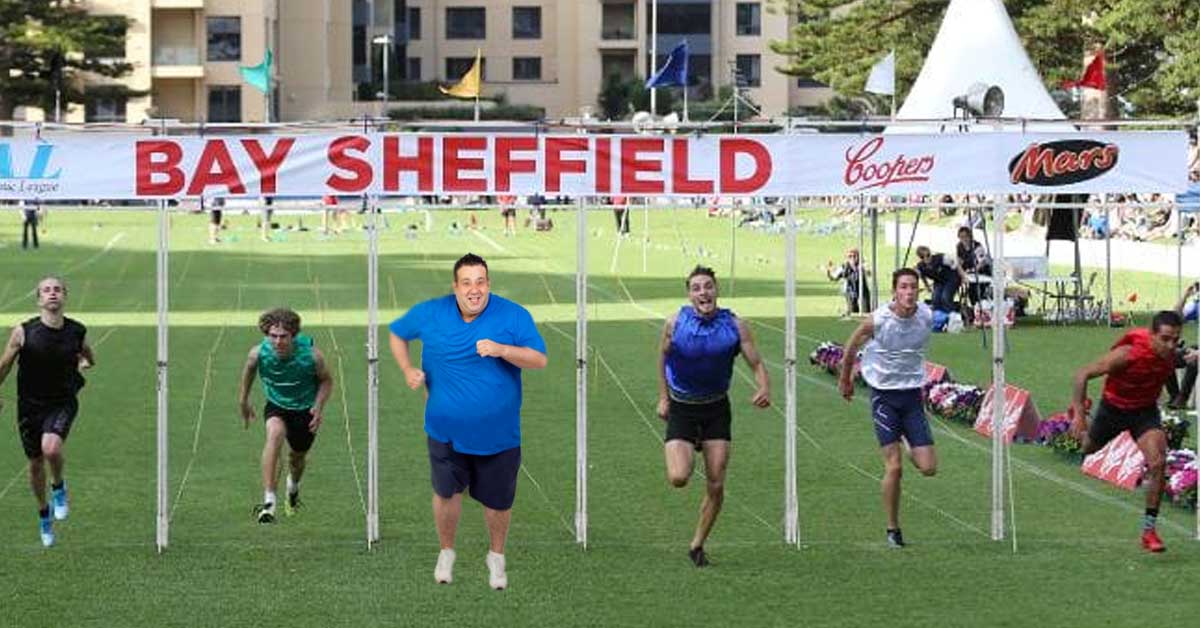 Cuddly giant Kade Gypsum has steamed ahead as the bookies’ favourite for the iconic Bay Sheffield foot race after being awarded a 105 metre headstart in the 120 metre main event.

Gypsum’s friend entered him into the event after he claimed that he could still keep pace with his footy-playing school friends. The claim was made in spite of the fact that Gypsum has stacked on some 85 kilograms since last moving at a pace faster than a light canter.

‘I came third in the 200 metre hurdles in my year ten sports day’, says Gypsum, ‘it was only a field of six and they did throw the entries open to all years because of the low number of registrations. But still, I handed those reception kids their arse on a platter’, boasts Gypsum.

When asked about his training regime ahead of the race, Kade is decidedly coy, ‘I’ve been eating in preparation, what do they call it? Carb loading? Yeah, carb loading. I figure it got me this far in the race already, so why change a good thing?’

But Gypsum’s running dreams don’t end with the Bay Sheffield, if all goes to plan in the Glenelg race, the portly plumber is eyeing off the 100m sprint at the 2020 Tokyo Olympics.

‘I don’t see why I can’t win, Usain Bolt has retired and if I can start with the same sort of handicap I’m a shoo-in’.

UPDATE: Gypsum was a late withdrawal from the race, citing chest pains and a two-for-one special on Iced Coffees at the local servo.