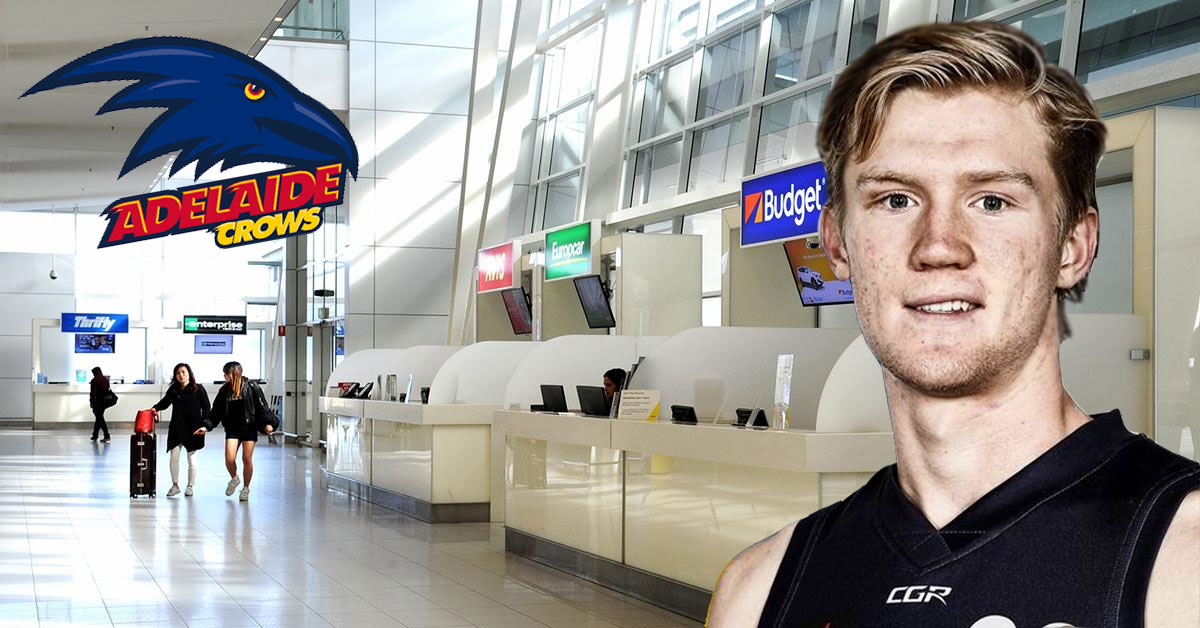 Adelaide Football Club’s recruitment team are all smiles this morning, emerging from the first leg of the 2019 AFL Draft with Victorian player Fischer McAsey and no apparent memory of past dalliances with young Victorian draftees.

After missing out on an elusive South Australian prospect, Adelaide’s recruiters turned their gaze to a miragelike key position player over the border.

‘We did think about it’, says Adelaide Football Club’s national recruitment manager Hamish Ogilvie about the much-publicised ‘go-home factor’. ‘But, this one’s different, we’re very confident that Fischer won’t even think about leaving Adelaide once he sees everything we have in store for him’.

‘For one, we’ve given him a car park, a good one too! You can’t get that in Victoria. Last time I was in Melbourne I drove around for 25 minutes looking for a park. And he hasn’t even tasted a Balfours footy pie yet. That’s enough to keep anyone in SA. I’ve given Balfours the heads up on that actually, and they’ve assured me that they’ll look after him just like they “looked after Kurt”…whatever that means. Sounds nice, though’.

‘How does that old saying go?’ Ogilvie continues, ‘Fool me 47 or 48 times, shame on you. Fool me 49 times or more…shame on the Adelaide Footy Club. Or something like that’.

McAsey is currently said to be ‘exploring his options’ with Victorian clubs.