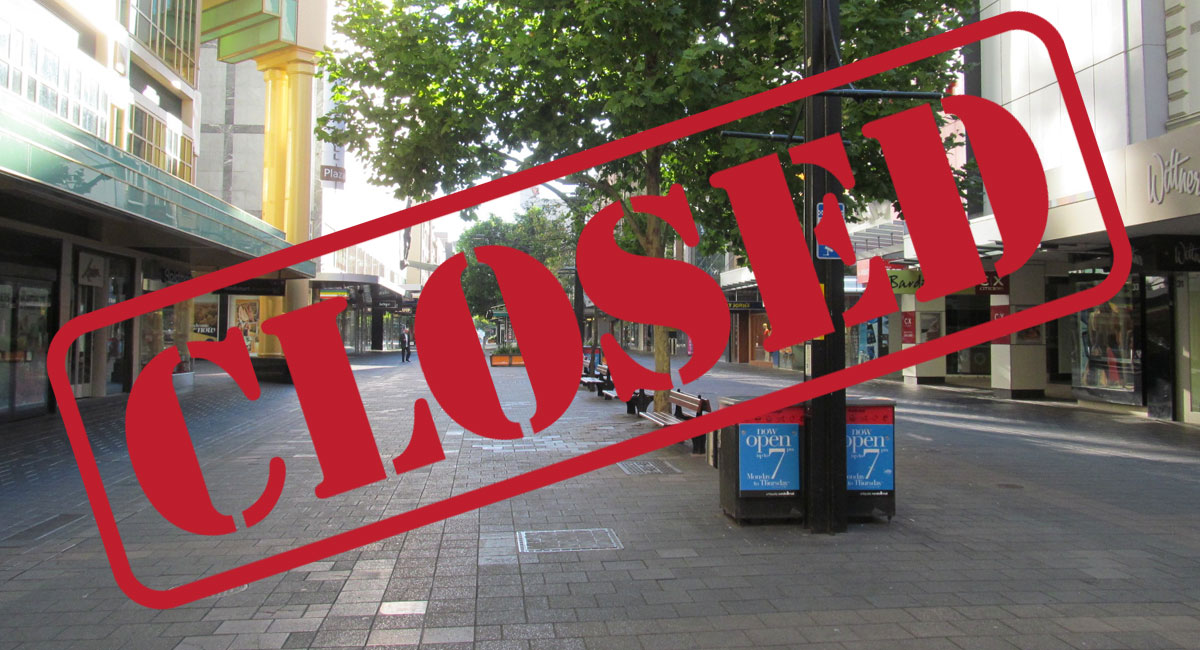 The latest numbers are in for South Australia’s economy, and it’s not good news for the state’s struggling retail sector.

Adelaide Research & Survey Estimates (ARSE) has revealed its annual economic forecasts, and it looks as though the remaining stores populating Rundle Mall are set to close by the end of the year.

‘While there are some glimmers of hope’, says Chief Economist for ARSE Eeta Greenspan, ‘that optimism is mostly around bubble tea stores and those weird book shops that sell all books for six dollars and are constantly closing down and moving two shops down’.

‘At this stage, our figures say that every non-food, beverage or discount book shop in Rundle Mall will be closed by the end of the year’.

Rundle Mall’s management team is already looking to a future without retail, employing the help of a person well versed in transitioning former thriving hubs of activity to a life after retail. Josper Kerfoot is head of Empty Spaces at the Myer Centre.

‘Just because a few shops leave, doesn’t mean it’s the end of the world’, says Kerfoot. ‘Look at Dazzeland, that closed down and the Myer Centre’s doing just fine, especially those top two levels’.

‘The city centre isn’t just about shops, or having tenants, or making money, or ensuring the ongoing viability of a retail district. It’s about making sure that the parklands and our views of the hills are kept in tact. That’s what Anne Moran told me, at least’.