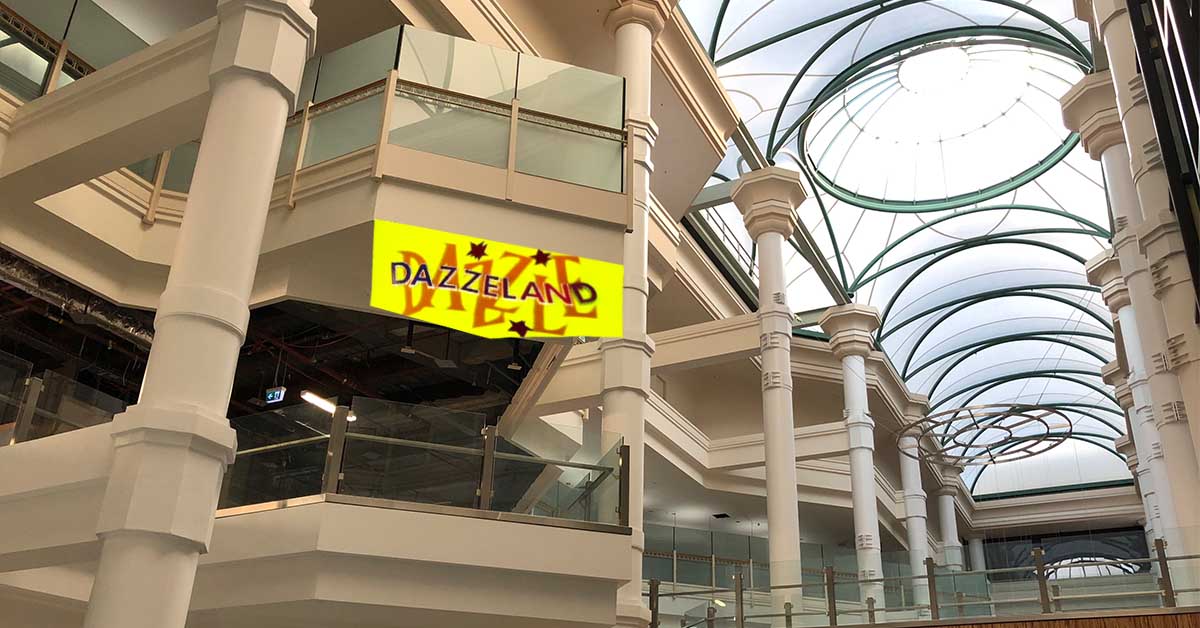 In a bid to entice more people into an ageing, largely vacant shopping centre, the management of the Myer Centre are appealing to shoppers to give the centre another chance, particularly the top two levels.

The upper-most floors of the centre, previously occupied by the state’s foremost jazz-themed indoor amusement park Dazzeland, now sit largely derelict and inaccessible. But the complete lack of interest or access hasn’t stopped the centre undertaking a massive advertising campaign to try and get the centre buzzing again.

‘When our company bought this shopping centre we were told that there would be a rollercoaster’, says Herman Hamburgerphone, chief financial officer at Singaporean real estate investment and novelty bumper sticker company Goodwins Hamburgerphones.

‘We only bought it for the rollercoaster. The photos they showed us had roller coaster, dodgem cars, shooting gallery, we get here and there’s nothing. Just a bunch of emo kids out the front, who even has emo kids anymore?’

But Hamburgerphone believes that the draw of cracked tiles, security guards’ offices and storage areas for old shop fittings will be enough of a pull to entice the punters back in.

Hamburgerphone continues: ‘Please come and experience all the razzle dazzle of the top two floors of the Myer Centre which, following a court decision, we are legally allowed to once again call Dazzeland…as long as we provide a disclaimer that our Dazzeland bears no resemblence to the original amusement park of the same name. And customers should not expect any rides, Lego displays, pinball machines, fun or jazz-themed fountains. Entry is twelve dollars’.