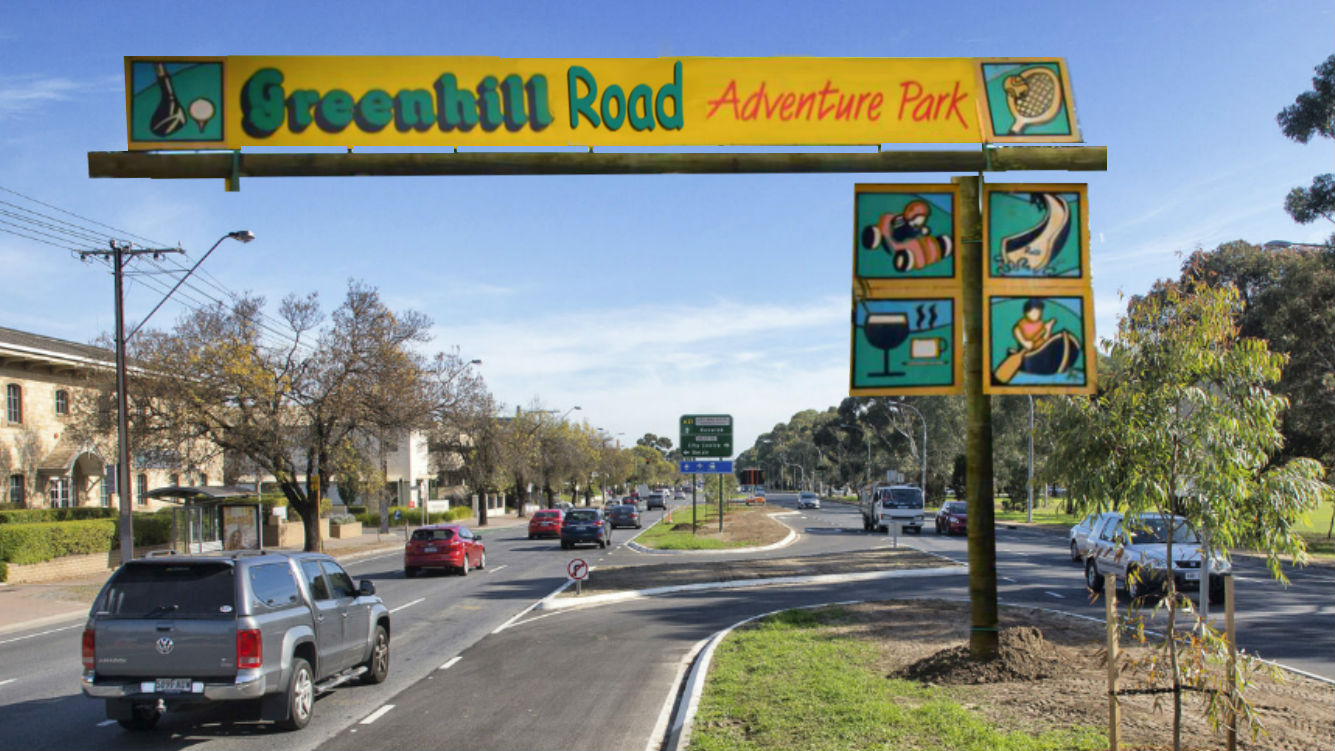 After closing over two years ago, Victor Harbor’s biggest attraction and insurance liability Greenhills Adventure Park will have a new home just east of Adelaide’s CBD.

A Renew Adelaide initiative will see the majority of the old theme park’s equipment scattered alongside the major road. The new Greenhill Road Adventure park spokesperson, Ivana Slide told the Adelaide Mail ‘it’s all coming back, the waterslides, par 3 golf with industrial rubber greens, the maze, archery, go-karts, the second-degree burn causing metal slide, all right in the heart of the city’.

Unveiling plans for the re-purposed adventure park, Ivana conceded that a few adaptations will have to be made ‘well for one, the giant flying fox will actually go over the road from the parklands to the KFC, which is great news as we can utilise the existing stobie poles. Secondly, peak hour traffic will have to be stopped on the hour every hour for the 45 minute park tour tractor ride. And finally, waterslides will only be available for use when the parklands recycled water sprinkler system is operating, or in periods of heavy rain’.

When queried by the Mail as to whether this was just established because of the similar name, ‘of course not, we wouldn’t cause major inconveniences to city traffic just to save $3940 including GST on new signage’.

‘We believe the park will perfectly complement the overpriced tree-climb thing and bring back some of that nostalgic joy of family holidays in Victor Harbor, without having to actually go to Victor Harbor, hell of a drive’.