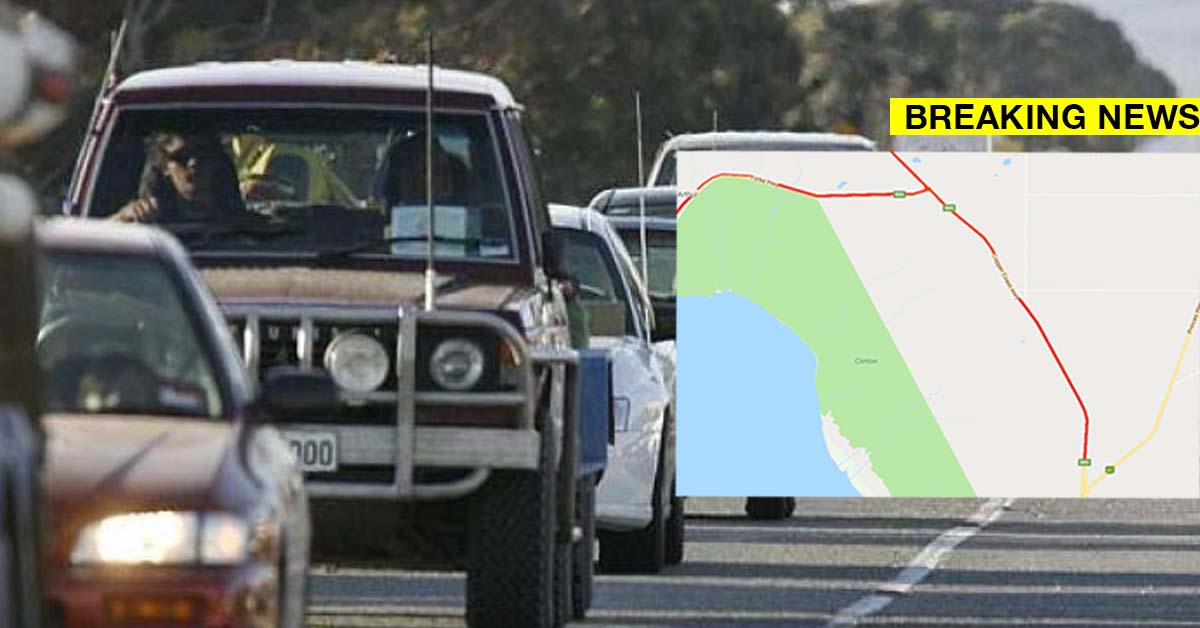 It’s been fourteen hours since we left home bound for Innes National Park. We thought that we were getting a leg-up by leaving before all of the long weekend traffic. We were wrong.

Traffic hasn’t moved in hours. I’m not sure it will ever move.

Cliques are starting to form, I think the bloke two cars up in the Navara has been talking about starting a gang to pick up other motorists’ cars and move them to the side of the road if they’re deemed to be “too conservative” when trying to merge around the roadworks.

One guy has been laying on the horn for the past thirty minutes, surprisingly, it doesn’t seem to be having much of an effect. I think he’s going to run out of horn.

A local economy has emerged amongst the stranded motorists, too. People have been gathering unwanted items from their cars to trade as currency. I traded my child’s baby seat for two packets of Pizza Shapes and an audiobook recommendation. I’m interested to see what little Leo himself is worth on the open market.

There has been talk about forming a planning committee to build some sort of freeway-style interchange but it hasn’t got off the ground yet. We haven’t given up hope though, we need federal funding and it looks like it will be a Federal election year, so you never know.