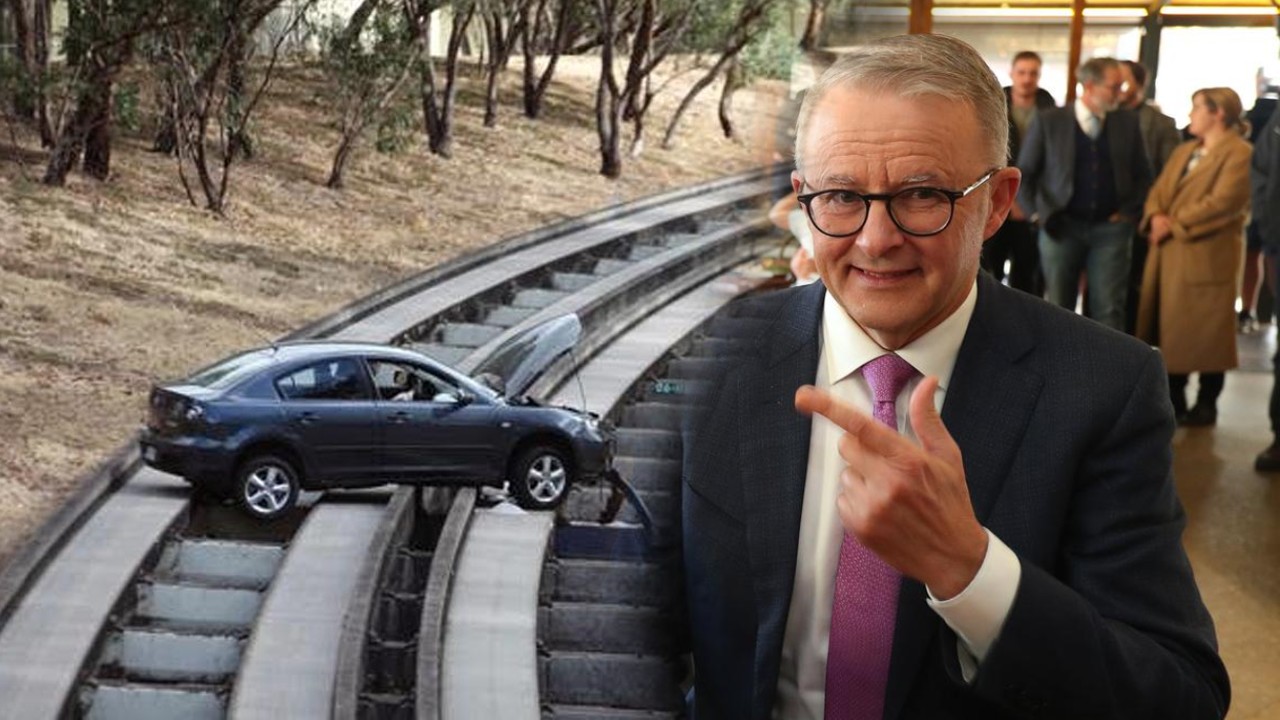 Federal Labor Leader Anthony Albanese has spent the final day of the election campaign visiting the South Australian electorate of Sturt speaking with voters about the big issues, the main one clearly being “Do you reckon I could get a car on this thing?”

Adelaide Mail journalists have attempted to ask Albanese multiple questions about issues like climate, health and the economy, but for some reason every answer he gives seems to be hinting that he really wants to see if he can drive on the O-Bahn.

It was soon evident why Albanese has spent the day visiting the electorate containing the suburbs of Paradise and Klemzig.

After asking him a question about aged care, Albanese responded ‘It’s something that has certainly gone off the rails with the Morrison government. But I certainly wouldn’t go off the rails if I was given the opportunity to, say perhaps, drive a car on some rails designed for a bus. Just as an example’.

After a long pause with Albanese just raising his eyebrows at us for a bit, we then asked about fixing the NBN, to which he replied ‘We need fast speeds to the curb. Just like, for example, how I would really like to drive at a fast speed to the curbs that guide busses. You guys get what I’m saying?’

Becoming much less subtle in his answers as the interview progressed, Albanese eventually wrapped up by asking if anybody had a Toyota Camry he could borrow.